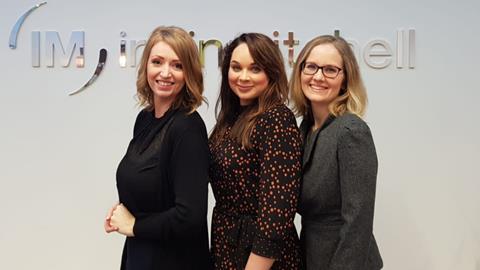 Congratulations and commiserations all under one roof

Award winners are usually a chance for firms to send excited press releases about the success of their lawyer and proudly exhibit the prize in lobbies and receptions. Equally, those who miss out might need consoling and reassuring they were robbed.

So spare a thought for HR bosses at Irwin Mitchell’s Manchester office, who could have a difficult balancing act coming up.

Despite dozens of entries from several firms for solicitor of the year in the Manchester Legal Awards, the final four ended up with three from Irwin Mitchell. Cheryl Palmer-Hughes, Sarah Sharples and Saorise de Bont will all be vying for the title while simultaneously rooting for their colleagues. (Amanda Lea from DWF is the other nominee who could leave all three disappointed.)

The four were interviewed by a panel of judges last week to decide a winner, with the Irwin Mitchell trio insisting they can maintain harmony despite the competition.

‘It might sound cheesy but there’s a real buzz across the office and everyone is genuinely supportive', said Palmer-Hughes. ‘It’s great to be going through the interview process with each other for moral support.

‘Many of our clients use several different services with Irwin Mitchell so although we work in different areas of law we do all work together all the time so we are happy to celebrate each other’s success. And if that fails we have an agile working office in Manchester so we can sit in opposite corners of the building!’

The awards are handed out on 5 March. Obiter would recommend Irwins buys all three a bottle of something, win or lose.