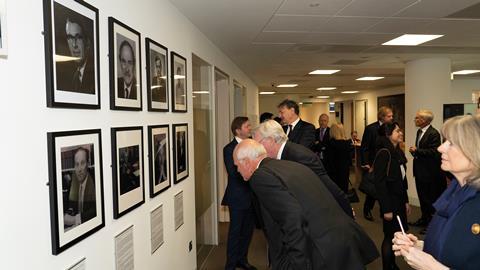 The Commercial Court’s birthday celebrations started with a bang last week – or, rather, with a buffet lunch and some lawyerly chit-chat. On Monday afternoon, distinguished judges, barristers and solicitors gathered in the Rolls Building – London’s centre for business litigation – to celebrate the 125th anniversary of the founding of the Commercial Court and the 50th anniversary of the Admiralty Court.

Addressing guests, the lord chief justice, Lord Burnett of Maldon, praised the progress that lawyers and judges have made since the court was established. Commercial litigation, he said, used to drag on for years and was ‘ruinously expensive’. How far we have come…

Another highlight of the day was the unveiling of a new exhibit dedicated to the court’s history. It’s a valiant effort, but we can’t see it challenging the London Eye on the circuit any time soon. A display of legal artefacts celebrating Lord Justice Scrutton – featuring a first edition of Scrutton on Charterparties and Bills of Lading and various wax seals – failed to set the pulse racing.

Meanwhile, photographs of the court’s most esteemed judges were obscured by real-life lawyers happily gassing away. The situation was rectified only when a former Court of Appeal judge brushed the throng aside, eager to peruse their own photograph on the wall.