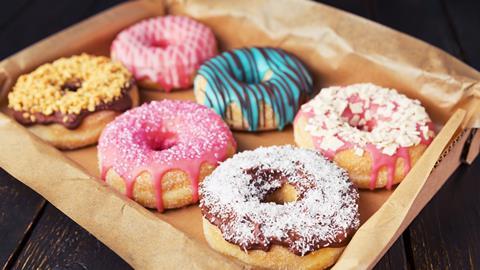 It was doughnuts week in The Apprentice this week and Obiter is pleased to report our solicitor representative was not left looking like a, well… a doughnut.

Teesside solicitor Sarah Ann Magson has survived for another week as she bids to become Lord Sugar’s first solicitor business partner and the recipient of a £250,000 investment into whatever her business venture might be.

The Watson Woodhouse lawyer kept her cool during the task, in which contestants sold doughnuts to the public, and largely escaped the wrath of Lord Sugar despite being in the losing team.

It seems she is still keeping herself to herself somewhat. The social media crowds have begun to pick up on this with one tweet this week (a tad unkindly) displaying a large photo of Magson alongside the words ‘Who is this woman and why has she never spoken before?’.

She may well have the last laugh, however.

Obiter has spotted a tweet from Magson herself encouraging viewers to vote for The Apprentice – which has been nominated for a National Television Award.

‘Get voting everyone… been part of such an amazing show has been one of the best experiences EVER! Let’s make it happen,’ she wrote.

Surely only a £250,000 investment could warrant such enthusiasm.