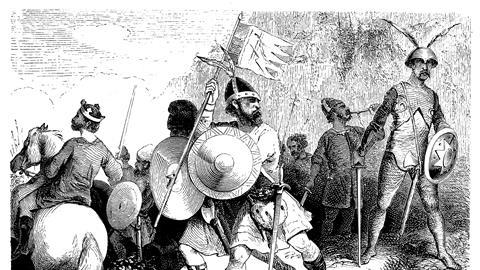 As modern legislators seek new ways to standardise personal injury compensation awards comes a timely reminder that nothing is new under the sun.

Indeed, Lord Justice Irwin was able to trace the idea back to the 7th century in his speech to the Personal Injury Bar Association last week.

In those days, King Aethelberht of Kent was responsible for setting the compensation paid for different types of injury - and he seemed to do so in considerable detail.

The loss of four front teeth was six shillings (a shilling being a measure of gold in 7th century Kent), while compensation for stab wounds was calculated by wound depth. Those needing such medical treatment as was available from the Saxon Health Service should expect to receive 30 shillings.

The most important award was that of Wergild, which was the amount paid for the death of a person, depending on the status or inherited rank of the victim.

But arguably, the damages awarded for different injuries did not always reflect the suffering caused. As Irwin LJ pointed out, some standard awards look odd to the modern eye, adding: ‘At six shillings, the compensation for piercing through the generative organ seems a little mean to me, particularly in the light of the 11 shillings award for the loss of a little finger. ‘