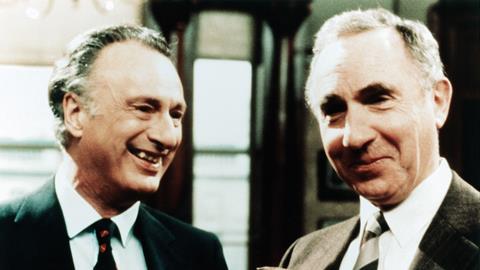 Faulks: putting a lid on it

Obiter’s deep throat in Whitehall has revealed why departments are refusing to publish their submissions to the Faulks review. An overheard conversation at the Department of Administrative Affairs apparently went something like this (with apologies to Jonathan Lynn and Antony Jay, authors of Yes Minister):

‘Minister you will recall your insistence that, rather than merely adumbrating the current staff shortage at the Department of Administrative Affairs, the submission to the inquiry should outline in detail the precise types of judicial review application that cause the most difficulty for government policy and the tactics to which the department resorts in order to defeat them.’

‘Quite right, Humphrey. I want to rub Lord Faulks’ face in some of the things his activist lawyer chums get up to. And don’t try to change my mind now – I told you my decision was final.’

‘Quite so, minister. However a recent development may incline you to revisit the prima facie literal essence of your statement of finality.’

‘What are you blethering about, Humphrey?’

‘It appears that the Law Society Gazette has requested a copy of the department’s submission under the Freedom of Information Act.’

‘Well thank heavens for journalists. It is about time the public knew what was going on.’

‘Alas minister your decision that the DAA should depart from the agreed line of Her Majesty’s government has prompted a certain amount of consternation over the constitutional doctrine of collective responsibility. I should also mention that Number Ten is taking very seriously the suggestion that your stance is indicative of personal leadership ambitions.’

‘I think you mean claim exemption from disclosure under section 36(2)(C) of the FOIA, minister.’