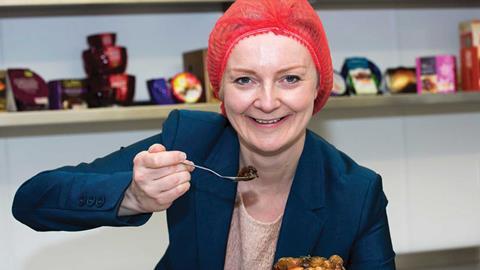 Liz Truss is having a hard time persuading members of the profession – and the wider chattering classes – that she is up to the job of lord chancellor. ‘If she is to be taken seriously in the post she needs to be sharper and better briefed,’ The Times’ leader column harrumphed last month.

But no one can accuse her of not trying. Government transparency data published last week reveal that the lord chancellor had 25 external meetings between October and December as she got to grips with her brief.

The meetings included newspapers from across the spectrum (Guardian, Sun, Daily Mail), unions, prison reform campaigners and educators. There was also a pow-wow with the Law Society, a roundtable with lawyers to discuss diversity in the profession and a face-to-face with 11 QCs to talk over legal services policy.

Her diary was not quite as busy as that of her predecessor Michael Gove, though. He managed more than 30 meetings in the same period of 2015. But Truss has upped her engagement since the last three months of 2015, when she had 22 meetings in her role as food secretary (pictured).

What the transparency return does not show is meetings held in the direct course of her day job. It was, of course, during this period that Truss declined to mount a particularly vigorous defence of the bench in the ‘enemies of the people’ row. Supreme Court president Lord Neuberger helpfully reminded her of this last week, telling peers: ‘If newspapers had rights under freedom of expression to be critical, then surely freedom of expression entitles the lord chancellor to correct what they say and criticise them for what they say. Section one of the Constitutional Reform Act means she has a duty to do it.’