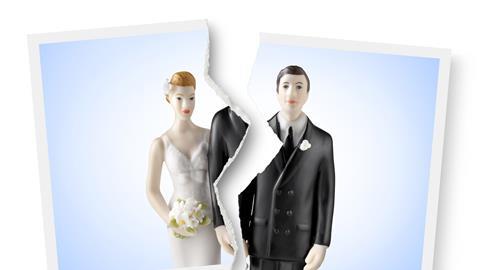 Press officers feeding the media frenzy about National Divorce Day has become as much a staple of January as discarded Christmas trees in wheelie bins and endless debates about the magic of the FA Cup.

Obiter can report that it received its first ‘divorce day is coming’ before 8am on 2 January (later than usual, in fairness) and agencies representing law firm clients have continued to pump out press releases.

The format is reliably consistent. The marketing guff states that today has been ‘dubbed divorce day’ (we are rarely told by who) and that the extra time together over Christmas and New Year has placed a strain on relationships such that they simply must file for divorce on the first proper working day of the year. The particularly lazy releases will suggest that more people will get a divorce today than any other time of the year, conjuring up images of a pop-up courtroom designed solely to process divorces in the space of 24 hours. One PR sent Obiter a story on people taking out pet pre-nups spurred on by the publicity around what it ominously described as ‘divorce month’.

Of course, newsrooms staggering back to work after the New Year are happy to lap up any easy story – particularly one where they can implicitly suggest that lawyers see human misery as a marketing opportunity. The lawyers get their five-minute segment on a local BBC radio programme looking for filler, and the news gets a story with neither merits nor receives any research. One BBC journalist was even suggesting this morning that a new decade (which is questionable in itself) may bring about an extra rush of couples parting ways.

The notion of a divorce day has been shot down by plenty of family law experts. Indeed, Obiter has heard of one solicitor whose appointments were cancelled today as couples sought a fresh start together in the new year. So for that reason we applaud the honesty of Surrey firm Barlow Robbins, which sent a press release stating: ‘In reality, couples don’t wake up on 6 January 2020 and decide, simply because of a bad Christmas, that they will proceed with a divorce. From our experience, there is no significant upturn in enquiries on 6 January; people decide to consult a lawyer for all sorts of different reasons throughout the year.’

We look forward to the media clarification tomorrow.