His Honour scoops up the donkey work

How common is donkey-ownership among our judiciary? Obiter is prompted to ask after a trip to Birmingham, to attend celebrations marking 200 years of the city’s Law Society.

Court of Appeal judge Sir Andrew McFarlane delivered the address after processing down the aisle of the Cathedral Church of St Philip in full judicial regalia – ‘the big-time bling that adorns Her Majesty’s judges’, in his own phrase.

It was far from the first time that Sir Andrew has walked down that aisle, though he usually does it without the bling. Apparently his donkey is much in demand at Christmas nativity services, closely followed by the distinguished judge bearing a 'pooper-scooper’.

‘I suppose,’ a member of the congregation familiar with Sir Andrew’s day job remarked, ‘pooper-scooping is what you do all the time.’

Obiter would like to hear from other judicial donkey owners, preferably by 1 December 2018. We promise to come up with a better headline. 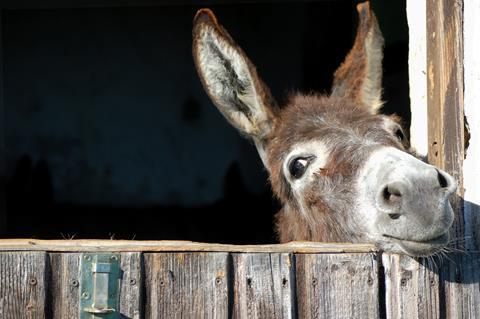