The latest in our series of court security blunders comes from barrister Adam Wagner.

Indignant at having his water flask confiscated, Wagner informed his 400,200 Twitter followers last week that the ‘potential weapon’ had been snatched away from him upon entry to an Asylum and Immigration Tribunal in London. 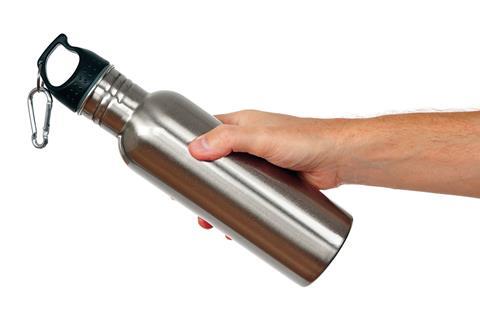 Perhaps HMCTS security have found the secret of transmuting metal into glass?

Seizing on the tweet, and conscious of the brewing outrage at overzealous security measures, HMCTS’ tweeter for the day pledged to ‘look into it’. Twitter waited on tenterhooks.

Some time later we were informed that an ‘investigations team’ had been on the scene. Obiter can only assume that for an issue of such importance the area would have been evacuated and cordoned off as forensic officers searched for clues and took fingerprints. And the outcome?

‘As the bottle was made from glass it was confiscated in line with security policy,’ HMCTS tweeted. This seemed fair, if a little anti-climactic, and was obviously good news for any court user unable to face entering a building for fear of being peppered with shards of glass.

But it seems the investigation may not have been thorough. In a reply, served with more than a dash of sarcasm, Wagner responded: ‘Thanks for investigating – it is made of metal’.