The most prestigious firms across the pond were once upon-a-time referred to as ‘white-shoe’. The etymology, according to the Wall Street Journal, can be traced back to a propensity for students at the elite Ivy League colleges to wear ‘White Bucks’ - laced suede or buckskin shoes with a red sole.

But in an age of flexible working and ‘dress down’ policies we thought the mantra of ‘dressing to impress’ might be gradually phased out.

It seems not though.

Several papers have reported on advice from a ‘top international lawyer’ who apparently told trainees at a legal event to ‘never wear brown shoes with a blue suit’.

The lawyers’ advice was discussed on social media, with most respondents appearing to suggest trainees should be free to wear what they want.

Even if the days of ‘white-shoe’ are behind us it seems the top firms may still judge when it comes to footwear, however.

According to the Telegraph, wearing brown shoes with a blue suit is scorned by those who stick to the unspoken ‘City dress code’. The Mail noted that a 2016 study released by the Social Mobility Commission reported that investment banks are less likely to hire men who wear brown shoes to a job interview. 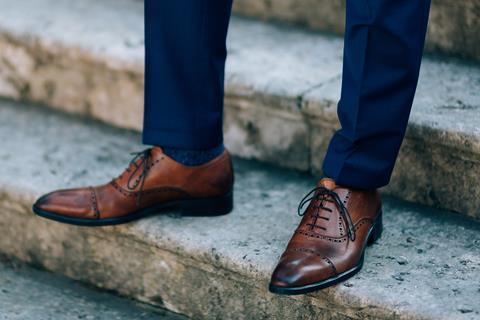