Juries with a rebellious streak

What, I wonder, will be the repercussions following the jury’s decision – after being told there was no defence in law – to acquit members of Extinction Rebellion on charges of criminal damage to Shell’s London HQ? 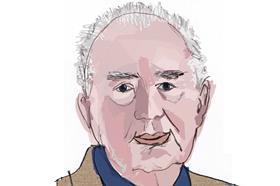 It is not the first time nor, I hope, will it be the last when juries take what they consider the moral high ground. Trial judge Gregory Perrins was much more at ease after the verdict than Old Bailey judge Alan King-Hamilton had been when some anarchists were acquitted. Judge Perrins contented himself with saying it had been an unusual case. King-Hamilton had let fly in December 1979 when, after a jury had acquitted some alleged anarchists of plotting supermarket robberies to finance the purchase of arms, he told the jurors: ‘I pray to God you never have occasion to regret it.’

Juries have a long history of acting thus. One occasion was in 1977 at the Old Bailey, when William Jennings was on trial for the murder of his brother. Jennings had been drinking and was in a knife fight with another man. His brother intervened and was killed. The prosecution, defence and the trial judge agreed on a manslaughter verdict to save Jennings from the mandatory life sentence, but the jury would not have it. When asked to return a verdict of not guilty of murder but guilty of manslaughter they refused. Three times they were sent out to reconsider with one juror telling the court: ‘Everyone of us is saying he is not guilty. However long you make us stay here, it is still not guilty.’ The judge eventually discharged them.

The present decision is bound to embolden XR activists who may think they are now inviolate. More likely is that if, by chance, a decision like this should happen again, consideration will be taken to remove the offence from the maw of the jury. It will be explained away as a matter of expediency, but it has happened before when juries have started to acquit those seen by the authorities as guilty. It will not be a good thing. Bad cases make hard law. If juries are not careful they may find they are the extinct part of the rebellion.