She's arguably the queen of reality TV and a business mogul who has just landed her first solo US cover of fashion bible Vogue. But that's not enough for Kim Kardashian West, who's now preparing to conquer the world of law.

Vogue, and the rest of the world it seems, were surprised to learn that Kim has embarked on a four-year law apprenticeship and hopes to take her bar exam in 2022.

What inspired her decision? The sister of Kourtney, Khloe, Rob, Kendall and Kylie (do keep up), who met president Donald Trump last year to discuss the justice system, played a role in the release of a 63-year-old woman who had been in prison on a non-violent drug charge since 1996. She was also working with a bi-partisam advocacy group on criminal justice reform.

In her first year of law school, Kim has to cover criminal law, torts and contracts. She tells the magazine 'torts is the most confusing, contracts the most boring, and crim law I can do in my sleep'.

What really gets her, she says, is the reading, which she says is 'so time-consuming'. Let's hope she doesn't harbour any desire to practise criminal law across the pond. If she finds reading time-consuming now, we hate to think what she'd make of being given a brief where she's offered nine hours to read 700 pages of appeal documents. 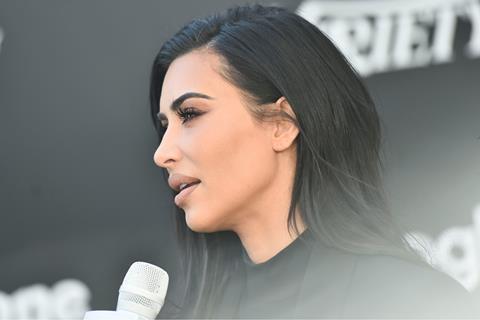 'Crim law I can do in my sleep'