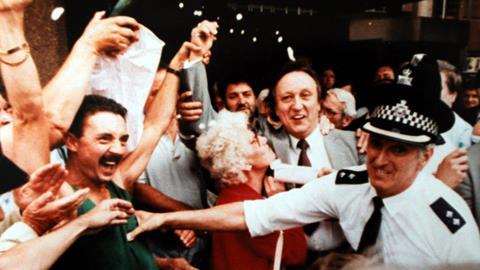 The late Ken Dodd played thousands of shows during his career – but perhaps none so memorable as his appearance before Liverpool Crown Court back in 1989.

Facing tax fraud allegations – and a prosecutor by the name of Brian Leveson QC – Dodd had both judge and jury in hysterics during the trial as he cracked trademark one-liners. This proved a serious headache for his accusers.

Many were rehashed (probably with a touch of the apocryphal) last week. Dodd reportedly told the court he was exempt from paying the Inland Revenue because he lived near the seaside. On another occasion he said part of his troubles were due to the death of his accountant.

‘Well, it mattered to him,’ replied the comic.

As seemed to be the case with most celebrity trials of this era, Dodd was defended by George Carman QC – a man not short of a quip or two himself.

Dodd was cleared of all charges and walked out of court to be greeted by hundreds of well-wishers.