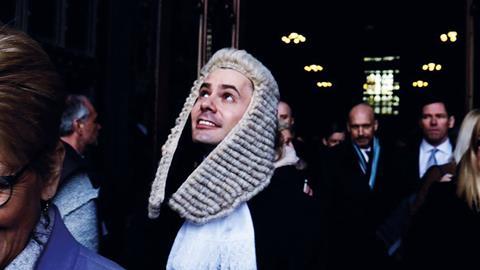 As the world went into lockdown and wine bars emptied across legal London, lawyers squeezed in a final bash last week. On Monday, 114 newly appointed Queen’s Counsel – decked out in wigs, buckled shoes and voluminous breeches – entered Westminster Hall in glorious sunshine to be sworn in by the lord chancellor. During his speech, the Rt Hon Robert Buckland QC achieved the impressive feat – yet to be matched by anyone else in the UK – of speaking for several minutes without mentioning the pandemic.

After being sworn in, the silks headed east to the Royal Courts of Justice to attend a ‘bowing in ceremony’ – something to consider once elbow-bumping goes out of fashion – with the lord chief justice. According to Simon Chapman QC, one of four solicitors to take silk this year, lawyers were here presented with a lengthy instruction sheet to ensure they bowed in the right direction.

While Queen’s Counsel Appointments suggested very elderly relatives did not attend the celebrations, Court 3 was still packed with proud spouses, parents and children.

However, most of the traditional after-parties were postponed. Let’s hope things have returned to normal by next year.