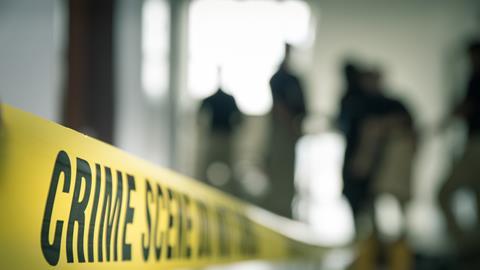 The perfect English murder, George Orwell unhelpfully wrote, should be committed by ‘a little man of the professional class… a solicitor, say’. Hmmm.

The scenario? Well, as revealed to Obiter: ‘A woman has been found murdered in her own home. A door has been forced and fibres are found snagged on the broken pane. There are two different areas of blood on the walls, some spattering and smearing. There are two suspects: a man spotted by a vigilant neighbour of the victim and the victim’s husband who has blood on him which, he says, can be explained by his discovery of his wife’s body. A shoe mark is found and fingerprint evidence will be useful to the investigation.’

The event is run twice, at 2pm and 7pm. Obiter’s tip – look for a non-solicitor with fingers and a shoe.