Following on from the dubious practices of English lawyers of days gone by, in which the forerunners of the SDT might have taken an interest, what about the Americans? First, the alcoholic but very well connected Philadelphia lawyer Chippy Patterson. 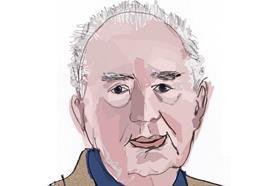 It is always heartwarming to hear of a lawyer doing well by his clients. Back in 1904, Patterson was able to help Celia Stone. Her problem was that the Public Ledger newspaper was campaigning against brothels in the city. Ms Stone ran a number of ‘high-class houses’ and was afraid they would be shut down for the lucrative festive season. Patterson, expending some of his client’s money on his police contacts, was able to ensure the clampdown only hit lesser venues and not the 40 or so run by his client. Part of his ‘fee’ was to spend the holiday period in one of her establishments.

Two others fared worse. In 1910, New Yorker Charles Hurlburt had the misfortune to hook up with former showgirl Florence Burns who had previously, and perhaps fortunately, been acquitted of murdering an earlier lover. Now, working the badger game with her boyfriend Edward Brooks, she relieved Hurlburt of over $500 in cash and cheques. Hurlburt went to the police, gave evidence and the pair received seven years apiece. But he lived in fear – and with reason. The next year his body was found in the Hudson River. The coroner returned an open verdict.

On 7 July 1919, Chicagoan Benjamin Burr learned the hard way that a lawyer should maintain an appropriate distance from his clients and their families. Burr did not and, as a result, was shot dead by chambermaid Margaret Seithamier, whom he had seduced after acting for her half-sister and her mother in divorce proceedings.

What apparently induced the younger Ms S to let him have both barrels was that she found a photograph of another woman in his watchcase. Amazingly she was acquitted. Her attorney survived.