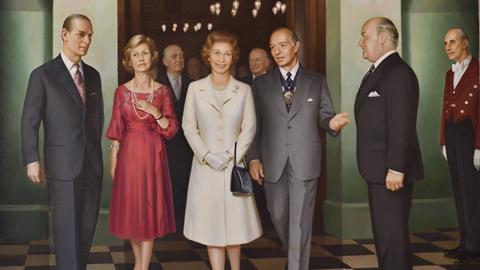 A review of the late Prince Philip’s more risqué remarks quickly brings us to the occasion in 1987 when he met a group of women solicitors, and reportedly said: ‘I thought it was illegal for women to solicit!’ But of course, there is much more as the legal community shares its memories of the duke. ‘I recall meeting Prince Philip along with the late John Thompson QC at an event at Belfast Harbour Commissioners,’ comes one memory from Belfast. ‘Prince Philip asked me what I did, I replied, insure lawyers. He asked against what. He laughed when I replied “each other”.’ 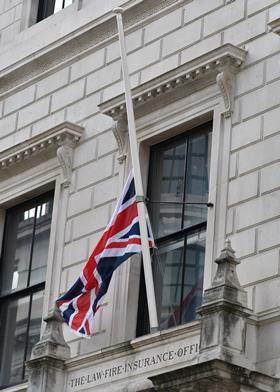 He was an Inner Temple ‘bencher’, and the link was more than honorific. ‘As a scholar of @TheInnerTemple & privileges recipient of The Duke of Edinburgh Scholarship, I am eternally grateful to be a beneficiary of his legacy,’ Jo Schumacher tweeted. ‘Without our Honorable Royal Bencher and my Inn, I would not be doing BTC.’ 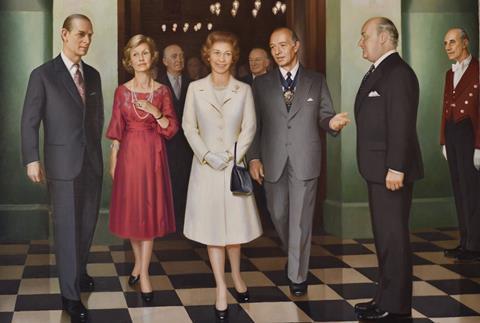 Painting to commemorate the royal visit to the Law Society’s Hall, June 1975. The Duke of Edinburgh is on the far left.

Former Law Society president Christina Blacklaws relates the Queen and Prince Philip’s visit to Co-Operative Legal Services. Her story, Obiter feels, is worth recalling in full: ‘In November 2013, when I was director of policy at The Cooperative Legal Services, the Queen and Prince Philip came to open the Coop’s new headquarters in Manchester. It was, at the time, the most eco-friendly office building in the world.

‘We were all incredibly excited and I had the honour of presenting to the royal couple about #legalservices. They were so engaged, interested and asked the most probing and intelligent questions. We were getting on really well and the chat was flowing.

‘The Duke turned to me and gave me a friendly dig with his elbow, pointed to one of the words which we had in very large print all over the walls and said ”if I see that word one more time, I’m going to be sick!”.

‘I think this embodies the sort of man he was - quick witted, committed, interested but always, always, his own man! May he rest in perfect peace.’

The law was clearly on his mind away from such visits though. It seems right to conclude with a quote that challenges. The Royal United Services Institute remembers that he would have liked comparable professional standing for his own calling, telling a RUSI audience in 1983: ‘The idea that [the military profession] is somehow not comparable with law, engineering or medicine or that it should rank below [other] subjects so popular in most universities, strikes me as entirely ridiculous.’ 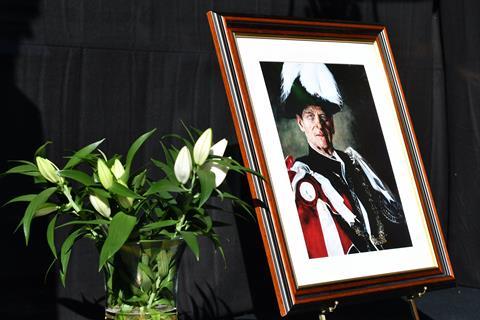