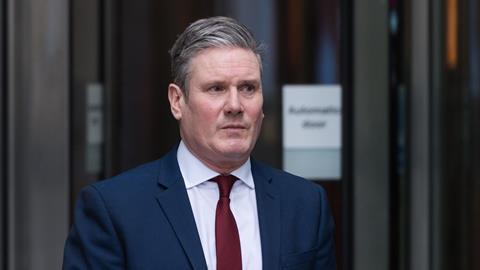 Being leader of the opposition is famously the toughest job in British politics. It gets even tougher when the attacks come from your own side, as Labour’s Sir Keir Starmer discovered this week when the Haldane Society of Socialist Lawyers declared him unfit for membership.

A motion passed at the 90-year-old society’s annual general meeting condemned the Labour leader as ‘demonstrably not a socialist’. Among the items on the charge sheet were 'appalling policy positions', 'his behaviour over schools during the pandemic' and 'his inaction over abuse of transgender people'.

Despite this tide of condemnation, Starmer could not be expelled from the society because, er, he is not a member. He very properly resigned on his appointment as director of public prosecutions in 2008.

The Haldane Society is of course posthumously named after the philosopher-statesman Richard Burdon Haldane, who served as lord chancellor in Ramsay MacDonald’s first Labour government. But would the great polymath, who at various times was on friendly terms with Kaiser Wilhelm II, Albert Einstein, Oscar Wilde and Winston Churchill, himself pass the society’s test?

Not so, says John Campbell, author of the magisterial biography Haldane: The forgotten statesman who shaped modern Britain: 'Haldane was not a socialist… He was just too practical to believe that a socialist regime could function.'