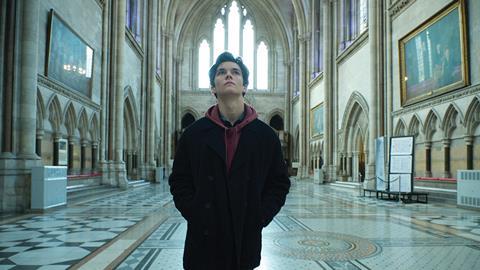 Obiter was first in the queue at the local fleapit to catch the film adaptation of Ian McEwan’s legal drama The Children Act. Not so much for Emma Thompson’s portrayal of hard-working family court judge Fiona Maye (though she is very good), but for the chance to see the landmarks of legal London playing themselves, for once. We spotted the Great Hall of the Royal Courts of Justice, interiors of Gray’s Inn Hall and the actual judges’ entrance to the Royal Courts of Justice. Not to mention the staircase leading up to a certain Gazette columnist’s apartment.

Judging by the publicity blurb we’re not the only ones to get excited over the location. ‘It gives us immediate scale and beds us into the reality of the legal world,’ gushes production designer Peter Francis. ‘Gray’s Inn and Lincoln’s Inn are very central but quite hidden and we wanted to give a real sense of this beautiful, almost secret world right in the middle of London.’

Incidentally Obiter was amused to learn that in France the subtitled version of the film has been released as ‘My Lady’. We hope our French colleagues aren’t disappointed by the content.