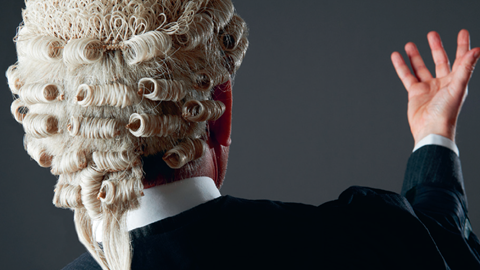 Lesson learnt from day one

I suspect Marilyn Stowe’s recollections of her first appearance in a court (23 January) struck chords with all of us who practised (in both senses of the word) in the magistrates’ courts in those dear dead days when there was no training for young advocates.

My employer Simpson had a slight speech impediment and never appeared in court. So I had no father figure on whom to rely except in the form of Sandy, the hard-drinking ex-police officer, who took it upon himself to let me loose on his clients.

The trouble with Sandy was that if he managed to attend court he preferred the matron’s room, talking to his old colleagues rather than stopping me do foolish things such as standing up in the middle of my first committal proceedings and asking why the charge had not been put to my client.

My first appearance, the day after I qualified, was for a young woman who had made inroads into the cosmetics counter at an Oxford Street store. I looked up the law – six months – and told her the possible penalty outside the court. She promptly fainted. I hadn’t realised that I might just as well have not been there: £25 was the standard fine for a first offender.

What that taught me was to find out from the clerk, local solicitors or even the usher what the practice was in a court I hadn’t previously attended. Some courts would hear the police first on a bail application; some made you go first. Some would allow you to call witnesses; some would not let you cross-examine the objecting officer.

Years later when I was part of a course teaching rudimentary advocacy, one attendee was a middle-aged man who took little part and seemed to have difficulty in grasping basic principles. But later he actually wrote me a thank you letter, saying it had been one of the most enjoyable afternoons of his career. He was a chartered accountant.