Lord chancellors are a go-going

In recent years, the high office of lord chancellor has practically been a drive-through appointment, so it takes bit of style to stand out in the list.

At this election, the House of Commons bids farewell to two of this period’s noticeable holders of the office – Ken Clarke QC and, to the surprise of many, Sir David Lidington. Both are standing down. Clarke, called to the bar in 1963 (Gray’s Inn), seemed a good fit for his late role as Father of the House – a smoker with an affable manner and soothing voice who loves jazz and real ale, and who has an old-fashioned knack of talking to people without winding them up. 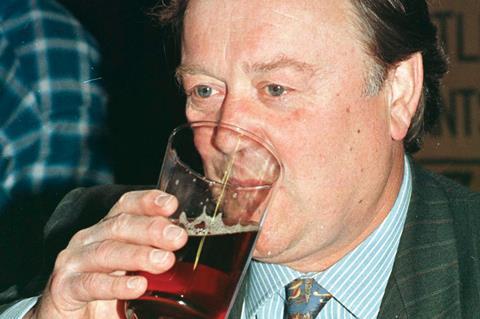 Clarke: the real-ale-drinking politician it’s OK to like will soon be an MP no more

Obiter notes it’s been a bit of a journey to ‘treasured status’ for Clarke. At Cambridge he caused the resignation of Jewish members of the Conservative Association (CUCA) by inviting Sir Oswald Mosley to speak (no doubt to grab attention rather than out of any sympathies). As health secretary in the 1990s he was chased through a hospital, Benny Hill-style, by angry medics.

It has been a shorter descent to respectability for Lidington – a polite non-lawyer with an interest in Elizabethan history who was generally liked by the legal profession, and who managed his own CUCA presidency without controversy.