The legal profession has largely snubbed the first wave of the Legal Service Act’s business structure reforms, with only 14 legal disciplinary practices up and running as the new regime came into force on Tuesday. LDPs allow non-lawyer professionals to form up to 25% of the partners in a law firm. They precede alternative business structures, which are scheduled to be introduced between late 2011 and early 2012. 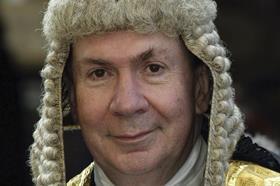 The Legal Aid and Advice Bill

Under Part II of the first schedule to the bill, legal aid is not to be available in respect of certain classes of proceedings, the most important of which are probably proceedings in respect of defamation or breach of promise of marriage. There is, however, power under the bill for the lord chancellor to make regulations bringing those excepted proceedings within the scope of legal aid.

Mr Samuel Garrett moved: That in view of the present economic and political position of women, it is in the opinion of this meeting expedient that the existing obstacles to their entry into the legal profession should be removed; and the Council is requested to report this opinion to the Lord Chancellor.