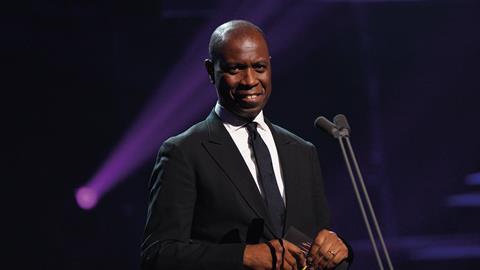 Myrie struggles to comply with spirit of SRA bash

It has long been a source of wonder that the SRA persuades 1,000-plus people to traipse from across England and Wales to Birmingham for the annual compliance officers conference.

This year, the first in-person gathering since the pandemic, attracted a very respectable 600 delegates, but the mammoth International Convention Centre still felt a little roomy.

BBC News presenter Clive Myrie was once again the compère. With a topical reference to the prime minister’s speech-making, he reassured us that he had numbered his pages in advance and wouldn’t need to rely on any Peppa Pig anecdotes. Probably about as subversive as you can get nowadays, working for the cowed Beeb.

Myrie is an accomplished host, but he was struggling to get much response from the audience as he sat down for a chat with SRA leaders Paul Philip and Anna Bradley. At one stage pleading with someone to ask something, Myrie didn’t seem to grasp that making a public show of defiance or criticism of the regulator is probably not high on most solicitors’ to-do lists.

There was an uncomfortable moment, too, when a lengthy discussion about racial disparity in disciplinary action highlighted that the SRA had seemingly done precious little to actually investigate this issue. Myrie himself promised he would insist on a dedicated session on diversity if he returns next year (which, given he is among the favourites to take over the Marr programme, is no guarantee).

It was all fairly uneventful, truth be told, but Obiter did enjoy Bradley lecturing law firms on how the profession is ‘not yet using tech to the greatest extent’. What business is that of the SRA? Looks like mission creep. Still, the next breakout session, on continuing competence, gave the audience the chance to demonstrate she was wrong, by voting via the conference app. The only problem being many work phones didn’t allow the SRA’s app to be downloaded, and the poll function broke in any case. Physician heal thyself.