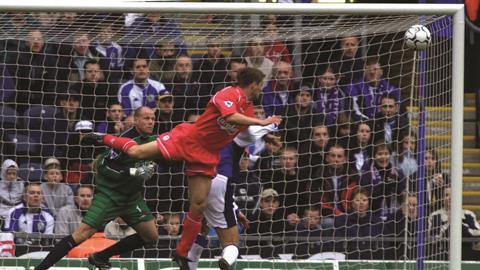 Owen strikes out with Gowing

Hats off to north-west claims firm Gowing Law for a shrewd piece of triangulation in handing erstwhile England goalhanger Michael Owen an ambassadorial gig. You can watch him gladhanding the staff on its website.

Owen played for both Liverpool and Man Utd, you may recall – clubs whose hearty mutual loathing ensures that players rarely swap one red for the other.

It is rather appropriate too that Gowing represents people injured at work, given that Michael knew his way to the treatment table even better than his way to goal. But that’s caviling – before messrs Messi and Ronaldo raised the bar somewhat, Owen was once acclaimed the world’s best player.

Michael says he is ‘looking forward to working with Gowing to raise awareness of the brand’. Maybe he’ll slip a few namechecks into his wonderfully eccentric punditry, of which the best example is probably: ‘That’s a fantastic penalty, but he’ll be gutted it went wide.’