Perils of absent body of evidence

The news that a man who disappeared five years ago and was thought to have been killed had been found hiding in a wood near Wisbech is a reminder of the dangers of going to trial in murder cases without a body. In this case, one man had been arrested for his murder, but the charge was dropped. 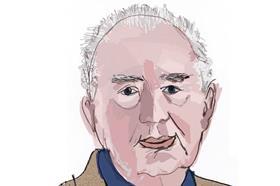 Unfortunately, there have been other cases over the years when the ‘victim’ reappeared after a conviction – and even execution.

Perhaps the most notable was the so-called Campden Wonder in 1660. Three people were hanged a few weeks before the ‘victim’ reappeared in the Oxfordshire village of Chipping Campden, claiming he had escaped after being kidnapped and sold into slavery in Turkey. As a result, there were no ‘no body’ murder trials in England for nearly 300 years.

In 1918, León Sánchez and Gregorio Valero of Cuenca in Spain were convicted of murdering José María Grimaldos, who had disappeared in 1910. The pair confessed after being tortured by police and were given life imprisonment. In 1926, the priest of Tresjuncos, 150 miles away, wrote asking the priest at Cuenca for a copy of Grimaldos’ birth certificate as he wanted to get married.

In 1920s Alabama, Louise Butler and George Yelder were convicted of the murder of Butler’s 14-year-old niece Topsy, mainly on the evidence of her 12-year-old daughter, who gave graphic evidence claiming to have seen her mother cut off poor Topsy’s arms and throw the body into a river. Their alibis were disbelieved and they received life imprisonment. Topsy turned up, arms still attached, within the week. She had been living with relatives 20 miles away.

As recently as 2000, the prosecution in Queensland was narrowly saved from total embarrassment when Leonard Fraser was charged with the murder of teenager Natalie Ryan and dumping her body in a pond. She had been missing for five years and Fraser had allegedly confessed to a jail snitch.

Just before the trial started, Ryan rang the police to say she had been living with her boyfriend in Rockhampton and had only just heard of her own death.