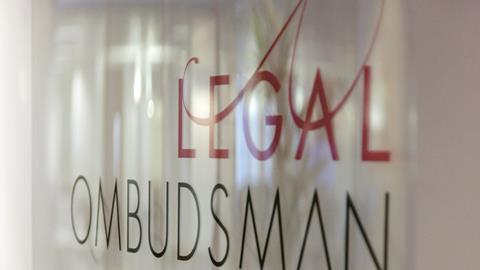 Solicitors live in fear of a knock at the door from the heavies of the Legal Ombudsman. But what happens if the complaints-handler itself fails to satisfy? Who ya gonna call?

A factsheet entitled ‘Unhappy with our Service’ which surfaced last week may offer some consolation. The two-page guide is aimed at consumers disgruntled by the service they received – as opposed to the ombudsman’s actual decision.

Apparently, examples of poor service may include staff being rude, not contacting complainants in the way they asked and not keeping them updated on the progress of their case.

The factsheet even has a flowchart explaining four levels of complaints for unhappy users, ending with an independent service complaint adjudicator.

Does the complaints-handler have an issue here? In 2016/17, it received a total of 118 service complaints, of which 51 were referred to the second stage and 19 were sent on to an adjudicator. The previous year the adjudicator received just 12, after 98 complaints overall.