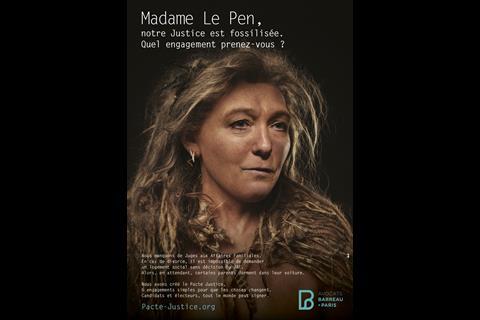 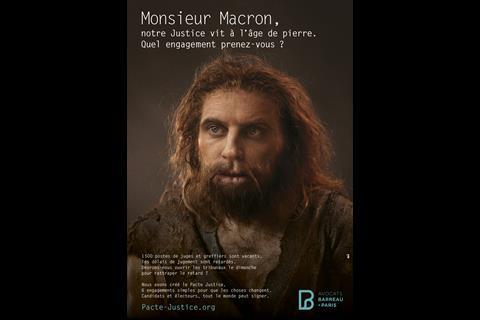 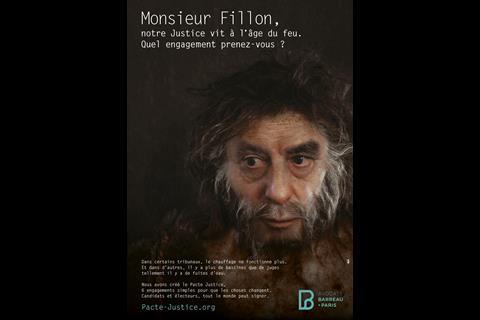 Our French colleagues are playing hardball in their effort to put justice on the agenda in April’s presidential election. The Paris Bar Association, which represents 29,000 lawyers, has published distinctly unflattering portraits of the seven main candidates as stone-age men (and one woman) to bring home the message that the French justice system is creaking.

Candidates are taken to task over various prehistoric features of the system, personalised for each candidate. Francois Fillon is told: ‘In some of our courtrooms the heating doesn’t work, in others the judges can’t wash their hands because of leaks in the plumbing.’ For Marine Le Pen, the message is the shortage of family judges and social housing. Emmanuel Macron is alerted to delays caused by a shortage of judges. ‘Must we open courts on Sundays to clear the backlog?’

The candidates are asked to endorse a Justice Pact 2017 setting out ‘six simple steps’ to improve access to justice, reform legal aid and bring the system into the 21st century.