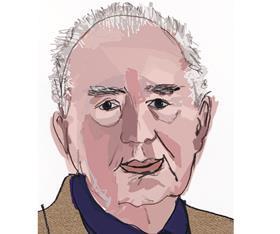 People seeking privacy over past misdemeanours are following an old tradition. Ninety years ago Sergeant Sullivan, opening a libel action by Francis Alfonso Smith, asked the jury to say that there was too much revival of matter which ‘Mr Smith might hope was buried’. He asked them ‘not to encourage the revival of matter which might make it more difficult for a man to live down painful episodes in his past’.

Smith was the beneficiary of one of Marshall Hall’s last great defences. He had been acquitted of the murder of his wife’s lover, John Derham, at a bungalow ‘Stella Maris’ in Tankerton.

Katherine (once Rosina) Smith had been dithering between Smith (Cambridge and Sandhurst and heavily in debt) and Derham (Eton and Cambridge). It came to a head in August 1926 when Francis returned to Stella Maris. On 12 August the trio dined together at the Marine Hotel and, on their return to the house, Smith shot and killed Derham.

Murder, said the prosecution. No, said Hall: Smith had been carrying the gun for ‘comfort and convenience’. He had produced it when a game of cards was suggested. The pair, misinterpreting his action, sprang at him and unfortunately the trigger was somehow pulled, leaving Derham dead on the floor.

This was one of Hall’s more florid performances. When he read the letters from Smith begging his wife to return, one juror burst into tears and this set off others in the public gallery. He asked the jury to throw Smith ‘the lifebelt’ his wife had refused him. Mr Justice Avory was unimpressed, telling the jury the law was clear and that if they applied any notions of their own they were violating the oaths they had taken. Violate them they did, acquitting Smith in just over two hours.

A furious Avory then sentenced Smith to a year for possessing the firearm. A year later the offending article appeared, implying that Smith had been an extremely lucky man. He sued and was awarded £700. But he had his wish to drop from public view. He died impoverished and unrecognised in 1944.