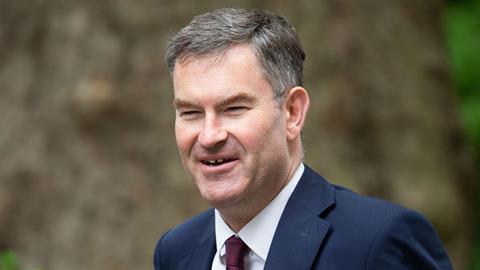 School’s nearly out for Gauke

Obiter is not saying that lord chancellor David Gauke has gone demob-happy, but if he was a teacher he’d be wheeling in the big telly right now.

Due to his concern about a no-deal Brexit, and the stance of the prime ministerial front-runner, Gauke concedes he is unlikely to reach the autumn in his current position. Obiter would be dismayed at the loss of the first solicitor to become lord chancellor, but we are rather enjoying his end-of-term demeanour.

Gauke’s Twitter feed (illustrated at the top with him gazing at a unicorn) is increasingly fun to follow. In the last week or so, he’s posted an image of a Breaking Bad character, directly attacked a Boris Johnson policy, and had fun at the expense of posters predicting his deselection at a local branch meeting (the attempt was seen off with ease).

At Gauke’s appearance before the justice committee last week, chair Bob Neill asked for ‘final thoughts’ at the conclusion of the session.

Gauke, with a wry smile, replied: ‘Final thoughts?’ to laughs all round, before thanking the committee for its work during his 18 months in office. You half expected members to pull out a ‘Sorry you’re leaving’ card and a Sports Direct voucher.

The known unknown as the Gazette went to press was the lord chancellor’s departure date. On the BBC’s Andrew Marr show, Gauke was recently asked if Johnson was going to sack him. ‘I suspect I will possibly have gone before then,’ Gauke replied. With the new Conservative leader to be named next Monday, that doesn’t leave much time.

However if Gauke can face hanging on another week, Obiter would suggest that the cricket fan might pencil in 1 August – the start of the Ashes series – as an ideal day to hang up those robes. Unless he’s already gone by the time you read this, of course.