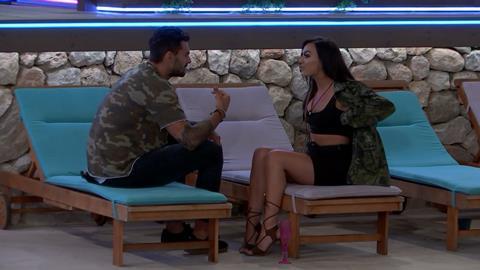 Obiter turns, with more than a hint of dread, to Love Island, for our latest update on the solicitor contestant Rosie Williams.

The good news is she’s still in it. The bad news is she’s suffered heartbreak. Our colleague, a devoted fan of the ITV2 show, tells us (and this is best read in a breathless Vicky Pollard voice):

‘Adam was the last boy to enter the villa in episode one and stole Kendall. Then Rosie came into the villa and he jumped ship to Rosie and Kendall got dumped from the island. Rosie and Adam then spent 10 days together during which Adam was a bit too flirty the other new girl who came in with Rosie called Megan and told her that he thinks Rosie is too materialistic because he asked her a hypothetical question “would you rather have a holiday for your birthday or a handbag and shoes” and he claims she said handbag and shoes – Rosie claims she said both are lovely presents so she called Adam out for badmouthing her and hitting on Megan. They then made up and were OK and on Monday night were the first in the villa to...’

All clear? Good. Alas this covers events only up to Monday. Since then, two new girls have entered the villa and one of them, Zara, chose to date a willing Adam. This was naturally bad news for Adam and Rosie’s prospects together.

Rosie, a former costs solicitor admitted in March, demonstrated that her future may lie in advocacy with a one-minute speech that set social media alight. She finished by walking away telling Adam ‘Go and enjoy the next bombshell that comes in because this one’s done.’

More as we get it…