Been there, done that, got the T-shirt.

Or maybe not. To fan the justified outrage of lawyers everywhere – and troll the Home Office – the Gazette last month launched a competition to win 10 branded T-shirts bearing the proud legend ‘Activist lawyer’. You were invited to answer the question ‘I am an activist lawyer because…’ in 20 words or fewer. 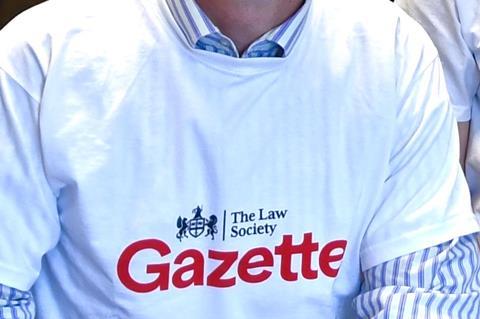 Many thanks for your responses, which ranged from the grandiloquent, to the indignant, to the downright waspish.

Darrell Crittenden of Anglian Water Services wins for the admirably concise: ‘I am an activist lawyer BECAUSE I AM A LAWYER,’ while Chris Topping of Broudie Jackson Canter offered the impressive (but perhaps just a tad aspirational): ‘I am an activist lawyer because we must ensure that no one’s rights are denied and access to justice is available to everyone regardless of means.’

Obiter’s personal favourite, though, was perhaps a little off-message. Julian Jefferson of Plymouth replied: ‘I am an activist lawyer because I am woke and broke.’

The 10 winners will be contacted shortly.