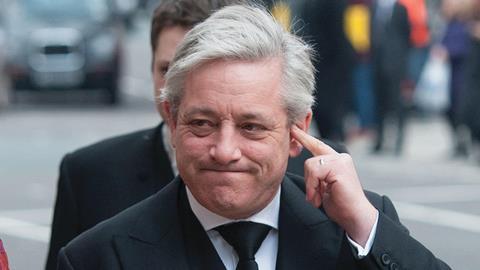 House of Commons Speaker John Bercow broke with protocol recently to give his views on President Trump’s state visit. Now the man nicknamed ‘Mr Squeaker’ by his critics appears to have another target in his sights: lawyers.

Bercow had already seemed to grow tired of the prolonged nature of questions and answers in Tuesday’s justice questions session.

He asked Labour MP Fiona Mactaggart to be ‘as brief as she is illustrious’ and later pleaded for ‘extreme brevity’ from members.

After an hour of cross-examination, Bercow’s patience snapped: ‘Justice questions would be a lot shorter if we did not have quite so many lawyers,’ he lamented. ‘They are very clever and eloquent, but they do take up a lot of the time.’

Too many lawyers in parliament? Obiter could not possibly say, though with 119 of the 650 MPs sworn in after the 2015 general election boasting a legal background, the sector certainly has a loud voice.

Bercow should think himself lucky: the longest recorded speech in parliament was in 1828 by Henry Brougham, timed at a buttock-numbing six hours. Brougham, who went on to be a notable Whig lord chancellor, anti-slavery campaigner and designer of the carriage that bears his name, was a barrister. Of course he was.