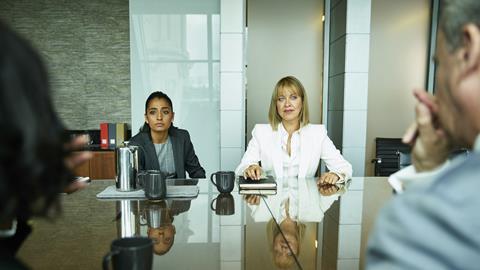 Family lawyers were quick to deliver their verdict on the BBC’s law drama The Split, which began last week. Andrew Newbury, family lawyer at Manchester firm Hall Brown, tweeted what he learned from the episode, including that it is OK as a solicitor to talk directly to your client’s spouse. It is also okay to act without your client’s instructions as you are angry with your opponent, who is also your sister.

Hazel Wright, a partner in the family department at London firm Hunters, was baffled by some of the lingo, which included outdated terms such as ‘access’ and the American term ‘visitation’. Perhaps the terms are for the benefit of US viewers, who will be able to watch the drama on the Sundance channel next month. Let us just be thankful there was no gavel.

Still, at least the set dressing was authentic: the textbooks and copies of the Gazette on display were donated by the Law Society library. Obiter will enjoy the next five episodes.