Judge Nicholas Dean QC’s remarks in a case where he said a charity had brought a prosecution ‘for wholly improper reasons and purposes’ reminds me that 90 years ago there was real money in prosecutions brought by what was called a ‘common informer’. 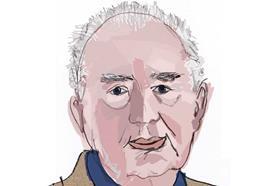 Originally, common informers were paid to root out Catholic priests, but when the Sunday Observance Act was passed an informer could bring a prosecution against theatres or cinemas which admitted patrons on a Sunday and claim heavy damages. Millie Orpen was probably the last of them.

Orpen was a clerk in the Aldgate law firm of Jacques, Asquith and Jacques, and one suspects her employers put her up to the wheeze. In 1931, in a series of cases, she claimed £25,000 in damages (£400,000 in today’s money) against Capitol Cinemas and its directors. The cinemas had been licensed for Sunday showings by the London County Council which, in fact, had no power to do so.

Orpen was Jewish and had anglicised her name before bringing the action. Indeed, counsel for the defendants told the court: ‘Miss Orpen is a young person of Jewish faith. Surely, she cannot seriously be regarded as a champion of the Protestant Sunday’.

That didn’t help. Neither did showing that no one had actually been to the flicks that afternoon. Mr Justice Rowlatt said of the action that ‘no claim could have come before the court in less attractive circumstances’. But the law was the law and Orpen was awarded £5,000 against the cinema. Her claim against the directors failed.

The subsequent outcry could be heard in heaven. Parliament leaped into action with a bill to outlaw the common informer, at least as far as the Observance Act was concerned, so halting Orpen’s other claims.

One charitable view is that this was a test case to expose the absurdity of the law. However, given that the damages claimed in Orpen’s related actions would total over £13m today, and that she had a silk and two juniors acting for her, that is, to paraphrase Damon Runyon, not necessarily the way to bet.