The problem with experts

News that an expert witness has been landed with a wasted costs order reminds me of the dangers of instructing soi-disant experts and the troubles in which they can land the client. While there is no suggestion of dishonesty in that case, Lord Eldon said there were three sorts of liars: ‘Liars, damned liars and expert witnesses.’ 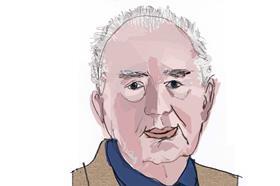 Henry Hawkins (later Hawkins J) dealt with a handwriting expert in short order when he gave him six slips of paper. ‘I see you are trying to put me in a hole,’ said the man. ‘I am,’ said Hawkins and asked if the slips were written at the same time and by the same person, ‘No, by different persons at different times,’ said the expert. ‘You are in a hole,’ said Hawkins, ‘I wrote them all myself this morning at this table.’

Some experts are lured into giving evidence they live to regret. In the Crippen case, when Dr Crippen was alleged to have murdered his wife and left bits of her in the basement, the crooked solicitor Arthur Newton persuaded two doctors to say they thought famed pathologist Sir Bernard Spilsbury had wrongly identified a thigh as a stomach. Newton had promised they would not be called, but to their humiliation they were.

Some experts just find themselves in the wrong case. In the 1970s and 1980s, many shop owners were prosecuted for selling indecent objects. Out were trotted people who’d been shocked by the display and in its turn the defence trotted out experts to say the objects were helpful, not harmful.

I was waiting for a case at Marylebone one afternoon when I looked in at where ex-prosecutor Edmund McDermott was sitting. The defence had called a professor of Anglo-Saxon literature as an expert. ‘And what medical qualifications have you, professor?’ asked McDermott, knowing the answer.

When the poor man replied he had none, McDermott slowly and surely enunciated, ‘No–medical–qual–ifications’, as he wrote it. Pushing a purple candle shaped as a phallus at the witness he asked, ‘And what therapeutic qualities do you say this has… professor?’

All in a day’s work, back then.