Time for us to stop soliciting?

Over the years everyone has, quite rightly, tried to enhance their status. I first came across the trend in John Gregory Dunne’s True Confessions. In this novel, based on the infamous ‘Black Dahlia’ murder, the father of a pregnant girl asked the family priest how he should describe his future son-in-law who was a petrol pump attendant or, in American slang, a ‘pump jockey’. The priest suggested, ‘Junior executive in an international oil company’. 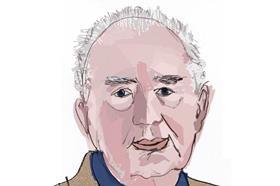 I fear we solicitors are lagging behind. Surely, we should no longer be tagged alongside hawkers and canvassers. The trouble is that’s exactly what we once did – ‘solicit’ or tout for work for barristers – and we’ve never been able to shake off the image. When the London Criminal Courts Solicitors’ Association first held a dinner to which we could invite barristers, our guests called it ‘The Tout’s Ball’. At least our parents never had to say ‘My child is training to be a tout’.

We were and are better than that. In the old days (that is, somewhere between the world wars and just after), we were genuinely les hommes (or femmes) d’affaires. Both would look good on a nameplate. The man to whom I was articled gave advice to his elderly clients on all sorts of matters, including travel. His waiting room was littered with old copies of Punch alongside brochures for Weston-super-Mare and Clacton-on-Sea (‘Very bracing, Mrs Smith, very bracing’). He was a genuine un homme de Cook’s.

So what should we call ourselves? I admit I enjoyed it when I was referred to as ‘sensei’ (teacher) in Japan and as ‘maitre’ (master) in Francophone West Africa. But it’s unlikely either will be adopted here. ‘Counsellor’, perhaps? But ‘I’m legal counsellor for Mad Frank Fraser’ rings too much of the town hall.