Was Suez a dish served cold to the Edens?

During the 1956 Suez crisis, Clarissa Eden, wife of Anthony, famously complained that, ‘in the past few weeks I have really felt as if the Suez Canal was flowing through my drawing room’. Her death, aged 101, has deservedly wide coverage in the obituary pages – in the process bringing to Obiter’s attention some lawyerly details.

It was of course president Eisenhower’s secretary of state, the lawyer John Foster Dulles, who tabled the ‘ceasefire’ resolution at the UN Security Council which made clear the US’s refusal to support the British/French military operation to regain control of the canal after its nationalisation by Egypt. 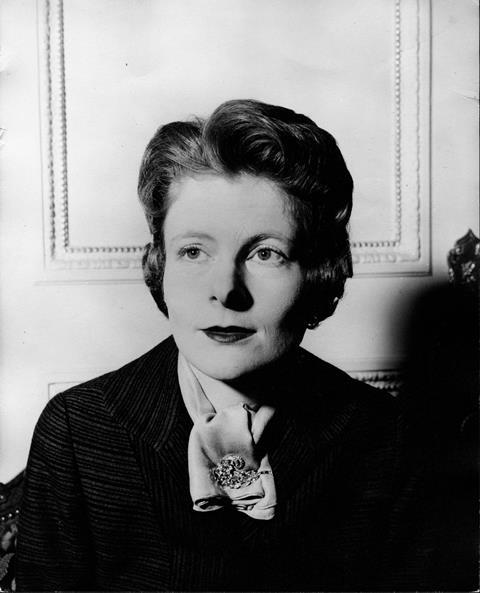 The late Clarissa Eden held no grudge against lawyers

Dulles, ex-Sullivan & Cromwell and the US legal counsel at the Versailles peace conference, had a somewhat maximalist approach to asserting US interests, and in the 1950s was associated with coups in Iran and Guatemala.

But does Obiter also detect the possibility of a Dulles grudge against the Edens, going beyond his modern distrust of the old imperials like Britain?

Clarissa, niece of Winston Churchill, was 23 years younger than Anthony Eden, with what Deborah Mitford described as a ‘whiff of Garbo’. One of the things she shook up was the catering at 10 Downing Street. Dulles, a veteran of Downing Street dinners once bet a fellow guest, in Clarissa’s hearing, that he could predict precisely what each course would be.

Dulles, himself no stranger to coups, was unaware Clarissa had already effected her own coup in the kitchens, lost his bet, and had to pay out.

If, as Obiter suspects, the Suez ‘ceasefire’ resolution was Dulles’ cold-course revenge on the Edens, Clarissa didn’t hold a grudge against lawyers in general. She later counted Arnold Goodman, founder of Goodman Derrick, as a close companion.