Is Girton College Cambridge missing an item? Our suspicions centre on Girton’s commissioned portrait of alumna Baroness Hale, outgoing president of the Supreme Court. The portrait, by award-winning figurative painter Benjamin Sullivan, shows Hale with what fans of Philip Pulman’s His Dark Materials books will know appears to be her ‘animal spirit’, a sort of 3D soul that characters have a dialogue with. In Brenda Hale’s case it’s a hare – or perhaps a very large rabbit. 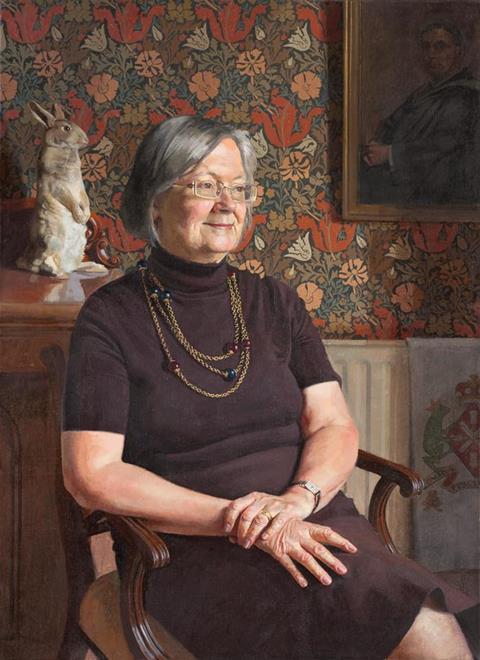 Which makes Obiter wonder if Brenda (think of her as a septuagenarian Lyra Belacqua) also has an alethiometer – the rare truth-telling device resembling an elaborate compass, secretly kept in college (before being covertly passed to the heroine by the master). An alethiometer would be especially useful in reaching judgments that aren’t wrong. Just ask it a question under the bench or in the robing room (‘Was prorogation legal?’ say), and hey presto, you have the answer.

Of course, many people, not all of them nice, want to get their hands on an alethiometer, so it’s hidden in a sort of… and here is what Brenda is famous for having… pencil case.

If Obiter is right, and Girton really has been the guardian of such secrets and treasures, it would also confirm our long-held theory that the ‘Magisterium’ in Pulman’s books is just the Higher Education Funding Council, but with guns.

Either way, Obiter wishes belated 150th birthday greetings to Girton, whose legal alumnae include some of our most prominent women lawyers and jurists, and happy retirement to Brenda Hale.