When defence is a moral dilemma

I don’t think you have to act for a client in a civil case but can you refuse to do so on moral grounds in a criminal matter? Merely because he smells and picks his nose with his thumb is no reason why he should not have a proper defence. Certainly not because you don’t like the charge he faces. There is a good argument that the worst of criminals requires the most vigorous defence. 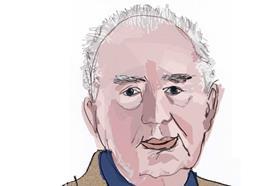 What you must not do is nothing, which was the line adopted by David B Smith, a North Carolina lawyer in the 1990s. Appointed to post-trial representation of Russell W Tucker in 1998, Smith and another Greensboro lawyer went to see their new client on death row in Raleigh. Smith so disliked Tucker, convicted of shooting a security guard and a taxi driver in a botched robbery, that he could not bring himself to file an appeal against the conviction and death penalty.

‘At the end of the visit, I decided that Mr Tucker deserved to die, and I would not do anything to prevent his execution,’ Smith said in an affidavit. ‘My own beliefs against capital punishment were severely challenged as I read the trial transcripts… I shared with my therapist my feelings and the consequences of my inaction, but I could not bring myself to act in a professional manner.’

The Supreme Court later vacated Tucker’s execution. He was still fighting his corner in 2020, claiming the prosecution had deliberately excluded black jurors so he did not have a fair trial.

You can perhaps pass the problem on. A lawyer once sent a client to me because he would not act for what was then called a child molester. The man, an American with convictions, posed as a doctor and somehow persuaded an institution to allow him to take out children for the afternoon. The boys reported his behaviour on their return.

He received what I thought was a satisfactory four years. Satisfactory, in part, because while on remand it had leaked out what he had done. Other prisoners set fire to his clothes while the warders stood and watched.