When law is all about the money

Unless you decide a case is going to be pro bono, it is foolish to move out of your chair without a legal aid certificate or money in the account. It is even more foolish to think the case is a loss leader to attract clients. That is the quick way to bankruptcy. You will become the plaything of the local riff-raff who will see you as an easy touch. 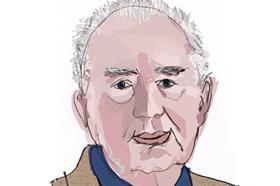 If, by any mistake, you agree to accept the money at court, and, while the client is there but the money is not, do not think ‘I may as well do the case’. Harden your heart and walk away.

We should all learn from the early 20th century New York lawyer Max Steuer. When the swindler George Graham Rice went to see Steuer about his defence, a $10,000 retainer was agreed. ‘Now,’ said Rice, ‘let’s talk about the case.’ ‘No,’ said Steuer, ‘I can’t talk about the case until the retainer is paid.’

‘But there’s an interesting point I want you to think about,’ said Rice. ‘No,’ said Steuer firmly, ‘I can’t even think about the case until I have the money.’

One thing I learned very early in my career was not to take on cases outside my sphere or ability. Somehow I became involved with a client in a series of Chancery actions. I had no money on account – it was always in the post or he would bring it when we next met.

I had paid court fees and was generally in despair about what to do next when, out of the blue, another firm rang up to say they were taking over. I had the sense to say they could have the papers when I was paid and I submitted a bill. A very charming managing clerk came along, said he would give me £100, an indemnity against any negligence claim, and pay the disbursements.

When we had agreed this and I had the firm’s cheque, he asked if he could give me some advice. ‘You were overmatched,’ he said. ‘Don’t take offence, but let this be a lesson. Don’t take cases which you don’t understand, particularly for clients who are more experienced than you.’

He had the good manners not to say ‘smarter’.

I helped him carry the files down the stairs.