When law is lost in translation

Lawyers have always liked confusing people. Here, shortly before his retirement in the 1890s, is the kindly Sir James Vaughan, chief magistrate at Bow Street, dealing with a child beggar: ‘Prisoner, you have been brought before me on the sorry testimony of a Metropolitan constable for begging within the precincts of the monument erected In Memoriam Nelson. It is as you must be aware a charge under the Vagrants Act and I am bound to admit it appears to me there is a prima facie case against you. You have made no attempt to rebut this evidence. 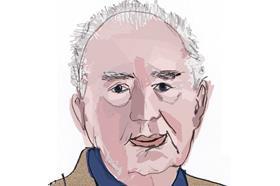 ‘Every child must be aware from maternal or paternal information that the act of begging is contra leges. I warn you that if in future you persist in pursuing this nefarious method of existence it will be without the option of a pecuniary penalty. Pray do not treat this caution with indifference. Upon this occasion, however, your liberty will be afforded to you.’

Ten-year-old prisoner in tears: ‘Oh! How long have I got?’

Some judges could not resist using multi-syllable words when single syllables would do. In one case, when a witness saw a pickpocket lift a man’s wallet from his waistcoat pocket and on arrest drop it back into another pocket in the man’s coat, the early 20th century Old Bailey judge Atherton Jones told the jury: ‘I see it now – gentlemen let me explain – the silly fellow means to convey to you that the orifices were contiguous.’

Pre-war chief magistrate Sir Chartres Biron was another stickler for the King’s English. Biron affected not to understand what an advocate meant when he said an explanation ‘did not hold water’. The man tried again, ‘Well, it wouldn’t work,’ he offered. ‘What you meant,’ said Biron, ‘is that the explanation was unacceptable.’ ‘That’s it’, said the man eagerly.

‘Well, why did you not say so in the first place?’ demanded Biron.