Wolfson goes back to his roots

Explaining his bona fides for attending the Legal Wales Conference this month, Lord Wolfson of Tredegar (David Wolfson QC) revealed that he faced an unusual dilemma after becoming a justice minister. There was already a Lord Wolfson (of Aspley Guise) so the new one was told he would have to put a geographical designation in his title. 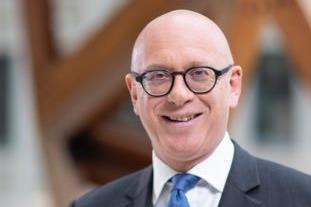 Why Tredegar? Well, Wolfson’s great-grandparents ended up in Tredegar, Blaenau Gwent, when they came to the UK in the 19th century.

There were a number of Jewish communities in south Wales. ‘I thought it quite right to recognise the welcome which by and large these immigrants received,’ Wolfson said. He also revealed that his great-uncle Jack was known as ‘Jack the riot baby’ because he was ‘literally born in the middle of the Tredegar riots in 1911’.