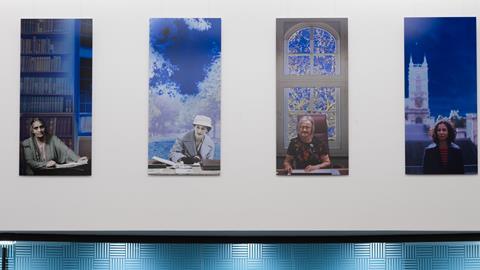 Women on the wall

Aldi supermarket once had a Yuletide advertising campaign with the slogan ‘Everyone’s coming to us this Christmas’. Which in our own little legal world is what the Supreme Court felt like on Monday, where guests mingled with court president Lady Hale, other senior judges, prominent women lawyers and managing partners.

They were on hand to see the Supreme Court’s first artwork featuring women unveiled. The work marks the centenary of the Sex Disqualification (Removal) Act 2019, which opened the legal profession to women.

Artist Catherine Yass, who made the 2002 Turner Prize shortlist, created four portraits which now hang in court 2 above a pre-existing glass partition etched with the slogan ‘justice cannot be for one side alone’.

The portraits, which have a dominant palette of white and what Obiter thinks is French ultramarine (all right, blue) show four women, three with a legal ‘first’ to their name. Cornelia Sorabji was the first woman to sit the Bachelor of Civil Laws exam at Oxford University, barrister Rose Heilbron was the first woman recorder, and Lady Hale the first woman president of the Supreme Court. The fourth image is ‘a representation of a female lawyer of the future’.

Yass drew on archive photographs and her own photography to create the images, which Obiter thinks are clear and striking. All the more striking, as Lady Hale remarked, because a condition of the old Middlesex Guildhall being transformed into the Supreme Court was that paintings of ‘old, dead white men’ it housed had to stay on the walls. A number of those men were ‘mediocre’, she noted – and rectifying the court’s aesthetic lacuna was a ‘dream’ of hers on ascending to the presidency.

Of course no-one wants the court’s 90,000 visitors a year, including many school children, to be put off a career in law by a Supreme Court inspirational portrait falling on their heads, so structural engineer Jessica Foster gave pro bono advice on the hanging of the artwork.

The portraits were donated by Spark21, the charity that runs the First 100 Years project, following a fundraising campaign. 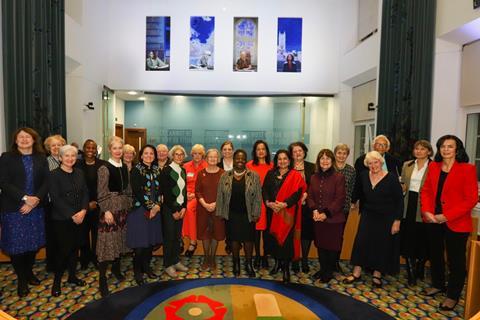