Why is he in the news? Appeared before the Independent Inquiry into Child Sexual Abuse public inquiry on behalf of a large group of men who were allegedly abused as child seminarians at a school run by the Comboni Missionary Order. Enright argued that the IICSA should call the archbishop of Westminster and the international head of Catholic orders to give reliable evidence of incidences of child abuse in the Catholic Church and its corporate response to such abuse in England and Wales, on behalf of the two broad wings of the Catholic Church, so that the inquiry can reliably assess the risk the Catholic Church poses to children.

A spokesperson for Comboni Missionaries said: ‘The health, safety and wellbeing of every child is our absolute priority, and we have in place robust safeguarding policies and procedures, overseen by a strong safeguarding team and in line with the national safeguarding policies of the Catholic Church, to ensure that this is paramount. We fully support the objectives of the IICSA and have confirmed to the inquiry that we will offer all the assistance and cooperation they may require.’

Thoughts on the case: ‘I represent a large proportion of the core participants in a number of the IICSA investigations. The men I represent attended a Catholic seminary school as children with the intention of becoming priests. They maintain that they were sexually abused by priests. 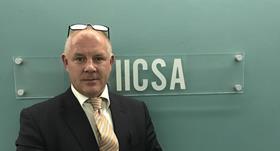 ‘My clients are impressive by any standard; highly educated, all have enjoyed very successful careers. They remain very concerned that the Catholic Church continues to do little to prevent child sexual abuse and continues to shelter sexual abusers within its ranks.’

Dealing with the media: ‘The story is never about you, but is always about your clients and putting forward their case simply and clearly to the best of your ability.’

Why become a lawyer? ‘I grew up in the north of Ireland at the height of the conflict. Bloody Sunday happened in my home city. There was internment without trial and juryless (Diplock) trials. A large part of the population felt that they were outside the protection of law. Our only defence against terrorism is to be firm in defence of the rule of law. That is why I am a solicitor.’

Career high: ‘Winning the Law Society Solicitor of the Year – Private Practice in 2012 for my work on behalf of Gypsies and Travellers.’

Career low: ‘In 2009, my firm won a case that compelled the government to publish a new policy on settlement rights for Gurkha veteran soldiers. However, the new policy was even more restrictive than the one we had struck down.’ (A week later the policy was overturned in an opposition day motion.)