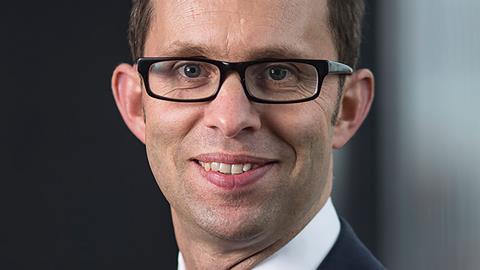 It might sound cliched to say that I was driven to pursue a legal career but it is true. When I was a child my dentist father drove an ordinary estate car, but I was once introduced to a solicitor friend of his who owned a red sports model. It appeared glamorous, so my young brain applied the same characteristics to their respective professions. As I grew older and considered the line of work which I was to follow, the choice seemed obvious. It is perhaps ironic, therefore, that having been a solicitor for 14 years and now with two children, my high-octane passions have themselves given way to a ‘dad car’.

Even though law held longstanding appeal, I did not study the subject at university, choosing instead a politics degree at York University. Nevertheless, exploring how law applied to every aspect of our lives only served to reinforce my original ambition.

I was fortunate enough to secure a training contract at Manches LLP in London (now Penningtons Manches) and, despite enjoying all my four seats, it was family law which fired my imagination. Manches had one of the country’s leading family law teams. I was captivated both by the variety of case work and the extent to which family law had more of a direct impact on people’s lives.

In all, I spent three years at Manches after qualifying but decided to return to the north-west when it came time to start a family of my own. After a spell with Pannone LLP (where I worked for the renowned Beth Wilkins), I had a short stint as partner at the Manchester firm JMW where I first encountered Sam Hall, with whom I decided to start Hall Brown in April 2016.

Running our own business has been just as much of a challenge and a delight as we both thought it would be when we launched. We have grown very quickly, attracting very talented lawyers from other, much more established, tier-one firms and now number 28 staff, 19 of whom are fee-earners.

We have grown very quickly, attracting very talented lawyers from other, much more established, tier-one firms

Some people questioned whether setting out on our own was too big a risk, but seeing our growth and the satisfaction of clients confirm that it was a risk well worth taking.

Our clients span a wide range of backgrounds, but the depth of talent which we possess has led to our having the privilege of working on behalf of a significant proportion of high-profile clients. We believe in providing the best possible standard of support to everyone, no matter whether they are celebrities or not. However, we understand that it is a priority in cases involving such prominent individuals or their partners to deal with their circumstances confidentially. They may have very public careers but they neither want nor need to have these matters subject to scrutiny.

Regardless of who we are representing, we need to strike a careful balance between being too impartial and too emotionally invested. If we are too detached, clients can perceive that they are not being given enough support. Become too committed and the integrity of the advice which you provide can be compromised. The need for that kind of support won’t disappear if divorce law is reformed. Just as the existing system has not stopped people divorcing, I do not think that no-fault divorce will open the floodgates.

I have been convinced by the many hundreds of divorces with which I have dealt that people do not end marriages on a whim. Even so, I think no-fault divorce is a good thing in that it would remove the emotional charge which alleging unreasonable behaviour unnecessarily adds to the process.

Campaigning to improve the circumstances of those who need family lawyers like myself is one reason why we launched a campaign to save the Family Drug and Alcohol Court (FDAC) National Unit. Studies have shown it to be effective, far more so than more traditional court methods, in dealing with families where drug and alcohol misuse puts children at risk. Sadly, our campaign was only launched because the government refused to provide the funding to keep the national unit. Both for FDACs and many other aspects of the family justice system, we need more financial support to enable those relying on it to get through the process.