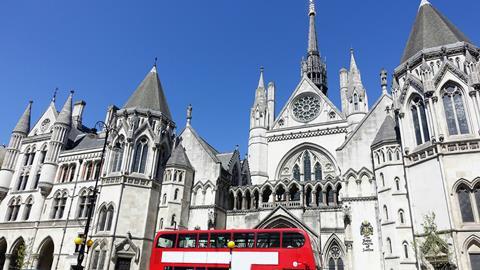 Legal aid contract tendering – what next?

What can firms that don’t get new contracts do to challenge the decision?

The legal aid crime duty solicitor tendering process has been mired in controversy from the outset.

Despite vociferous opposition throughout every consultation, two legal challenges and the concerns expressed by the courts that heard them, the Ministry of Justice is now notifying hundreds of firms whether they will have the dubious privilege of providing duty crime work at rock-bottom rates from January 2016 onwards.

Award notification and rejection letters are promised today (15 October) and the Legal Aid Agency (LAA) will want to sign contracts with the firms that have won them shortly afterwards. Meanwhile, the LAA is making special arrangements for the regions where, to nobody’s surprise but theirs, there were insufficient bidders to make even the minimum of four contract awards and, adding insult to injury for many, a consultation has been launched on whether firms can continue to offer in-house advocacy services.

Where does that leave the losers? One possibility is that the winners will decline to sign the contracts, creating an impasse. Another is that unsuccessful firms will soldier on with ‘own client’ work, relying on reputation, loyalty and effective marketing. A third is legal action by rejected firms.

Any rejected firm will need to consider its options for action and take advice from a procurement and public law specialist very quickly: time limits in procurement challenges are brutal and especially tight if action is to be taken to prevent contracts being signed with each area’s successful firms before any court has the chance to consider whether the award process was lawful or not. What follows explains why.

This is a ‘Part B’ services process, which means a court will hold the MoJ to certain basic procedural requirements, the criteria the MoJ said it would use in the published tender documentation (particularly its Information for Applicants document) and to general principles of EU law such as transparency, good administration and proportionality, equality of treatment and non-discrimination between different kinds of tender (for example those from single firms and delivery partnerships).

Procurement challenges generally begin with the filing of a basic claim form in the High Court in accordance with part 7 of the Civil Procedure Rules. Occasionally judicial review, or a two-pronged claim, is more appropriate. There are tactical considerations as to which is the most appropriate division or specialist court.

The filing deadline is very strict and late applications are almost never entertained: procurement challenges, irrespective of how they are brought, must be filed within 30 days of the grounds arising. However, in practice, a claim will need to be filed far more quickly. If any remedy other than damages is to be sought, it is critical to file before the contract has been signed. This is because there is virtually no possibility of a court setting aside a contract after it has been signed.

Further, the 10-day automatic ‘standstill’ in which a contract cannot be signed as provided by regulation 32A does not apply to Part B services. What this means is that the day preceding the contract signature date (which the LAA identifies in refusal letters) will be the date by which a claim needs to be properly filed and notified to the LAA/MoJ unless the signature date is postponed by an unequivocal agreement. Absent such an agreement, the real deadline for issuing any challenge will likely fall within a week of the notification letters.

The good news is that, provided a claim form has been issued before a contract has been signed, the LAA will be subject to an automatic suspension under the 2006 regulations and so will be prevented from executing the contract unless it successfully applies to the court to lift the suspension. The normal ‘balance of convenience’ principles used when determining injunction applications apply to such applications.

This leaves open the possibility of the contract award decision being re-taken properly and fairly if errors have been made and the status quo being maintained in the relevant area in the meantime. If contracts are signed before a claim is issued and notified to the LAA/MoJ there will be no suspension, leaving only a damages remedy in most cases. In this context, quantifying losses would be very difficult.

The most common bases for challenging an award decision are that the public authority has not followed its own procedure or complied with its own scoring criteria. Here issues might well arise around how expansion capacity assessments have been undertaken, or in respect of how financial, management capacity, and case experience has been scored.

Another common issue is discrimination or unequal treatment, which could, for example, arise in respect to the differential application of the assessment criteria between large established firms and new entrants. It would also be legally questionable if firms were marked down or eliminated for participation in the recent new instructions ‘action’. Unlike conventional public law proceedings, it is common for decision-makers to face cross-examination at trial on precisely why one tender failed and another has succeeded.

As mentioned above, there has been a 13th-hour development. After the deadline for submission of bids, a consultation was launched on a number of issues including whether solicitors firms specialising in crime work should be allowed to use in-house advocates in future, or whether this should be ‘restricted’. Many firms have been shocked by this because their delivery plans were premised on being able to offer a seamless service to clients from police station to trial.

This also raises very serious questions about the way delivery plans have been marked because many firms - whether they are ultimately awarded a contract or not - may well have framed their plans differently had they known there was a risk in-house advocacy services could not be offered in the way they currently are throughout the life of the duty contracts. If and when unsuccessful firms challenge award decisions, they will need to seek disclosure of others’ delivery plans and compare the marking with their own very carefully.

Receipt of an unwelcome decision on a tender may feel a great deal like a sudden loss of pressure in an aircraft. This feeling may be compounded by a lack of clear reasons why other firms succeeded. But disappointed firms do have options – provided they grapple with them very quickly, seeking further information from the LAA, taking advice where needed and being prepared to act decisively to stop the clock if the process has gone seriously wrong.

John Halford is a partner at Bindmans. He is joint head of the public law and human rights team