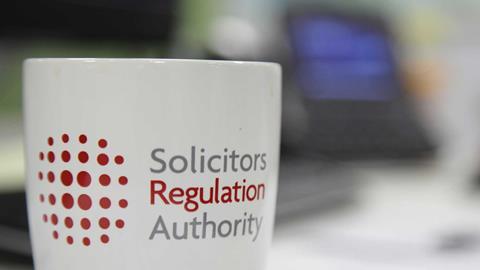 Imposing a rating requirement is a short-term solution to a long-term problem, says Frank Maher. Should we review the scope of cover from the ground up?

The consultation by the Solicitors Regulation Authority (SRA) on professional indemnity insurance - Introduction of a minimum financial strength rating requirement for participating insurers - is timely, following the collapse of Quinn, Lemma and Balva, and the turmoil at renewals caused by Berliner’s purported entry into the market and hasty exit at short notice. Another insurer which provided cover to solicitors, ERIC, has recently stopped taking new business (of any description). The paper contains much helpful background information to which readers should refer.

The consultation poses four questions, which in essence revolve around whether solicitors should be required to obtain their compulsory PII from an insurer with at least a B rating from one of the main ratings agencies. The writer’s view is that we are asking the wrong question.

First, we need to be clear as to what a rating means in the context of insurance. The Law Society’s guidance, The importance of insurer solvency, explains – the most objective measure of a firm’s financial security is their rating. The existence of a rating indicates that the firm has been assessed by an independent rating agency. Unrated insurers are an unknown quantity. They have not been subject to independent scrutiny from a ratings agency. Are you content to make one of the most important purchasing decisions for your practice blindfolded?

Encouraging solicitors to obtain cover with a rated insurer is laudable, preferably A rated or above, but experience in recent years has shown that many cannot obtain it, either at a price they can afford, or in many cases at all.

Other professions come nowhere near this, so why are solicitors so addicted?

There are two aspects to the problem. First, solicitors’ claims experience is generally worse than other professions. One lender claim may wipe out three or more years of premiums. Comparisons with similarly sized accountancy practices, for example, will usually be meaningless.

(In passing, one can but wonder why, in the writer’s experience, there are so many firms with insurance problems caused by lender claims arising from the same causes as those which emptied the coffers of Solicitors Indemnity Fund in the 90s.)

Secondly, and the focus of this article, the breadth and extent of cover are unrivalled: a significant proportion of the profession is being forced into the insurance equivalent of driving a Rolls-Royce when realistically it should barely aspire to a used Trabant.

There are many others. There are so many, that listing them is probably the wrong way to approach the issue. The bald fact is that solicitors’ PII offers a better guarantee than is offered by not only other professions but also financial institutions, and the model has become unsustainable when the problems caused by failing insurers, set out below, are considered. Perhaps asking what changes we should make to the current all-encompassing cover is also a wrong question, and we should instead start from the ground up and ask what extras we can afford.

But pruning cover inevitably means there must be losers somewhere. It may be that the burden could be restricted to institutional claimants rather than individuals and small businesses. There are no easy answers to this. There are changes which could make rated cover more readily available to firms who have, for example, had a rogue partner.

Identifying the relatively small number of firms unable to obtain insurance at the last renewal wholly misses the point. The collapse of an insurer leaves firms in a lottery as to whether they are covered in full (as seems - for the moment - to be the case with Quinn), 90% (Lemma for most affected firms) or nothing at all (for a handful of firms which do not meet the criteria for the Financial Services Compensation Scheme (FSCS)).

The 90% from FSCS can still leave a massive hole in pockets, and even the 90% would not be as satisfactory as it sounds if the FSCS were to set a ‘quantification date’ which would impose a final settlement on outstanding claims.

The collapse of so many insurers has caused untold misery that those unaffected can barely contemplate. The nature of PII policies means that there is cover for claims made many years after the policy year-end where circumstances have been notified in the policy year. This is exacerbated by the provision of six years’ run-off cover for firms which close without a successor. Claims may take years to resolve without fault on anyone’s part – consider, for example, cases where claimants takes steps to mitigate their loss, which may take time, before then pursuing claims against solicitors.

Further unwelcome developments relating to failed insurers may be expected in the short term. Already we have –

Some firms fall into more than one of these categories. The situation we have at present is clearly not acceptable.

Would the imposition of a requirement solve the problem? A brief history of Quinn’s rise and fall may help answer this. In 2006, when Quinn became a qualifying insurer entitled to insure solicitors, it had a Baa2 rating from Moody’s. Moody’s defines this as Investment grade, and explains that ‘obligations rated Baa are subject to moderate credit risk. They are considered medium grade and as such may possess certain speculative characteristics’. Significantly this is higher than the B rating proposed as a minimum in the SRA’s consultation paper.

In 2008 Quinn ceased to have any rating. In 2009 Quinn insured 28% of the profession (2,911 out of approximately 10,000 practices – mainly sole practitioners and 2-3 partner firms). It would be fair to note, however, that credit rating agencies had come under fire in the summer of 2007 when the market began assigning blame for the credit crisis, and in March 2009, the Financial Services Authority published the Turner Review, which highlighted the responsibility of credit rating agencies in its analysis of the causes of the financial crisis.

On 30 March 2010, the Irish High Court placed Quinn Insurance in provisional administration and this was confirmed as a full administration on 16 April 2010. Since then, claims have been paid in full by the Irish Compensation Fund. So – 2,911 firms were still insured with Quinn until 30 September 2009, and any firms which closed during that policy year will have six years’ run-off cover with them.

Although the 2,911 firms had taken out cover when it was known that Quinn no longer had a rating, the case still illustrates the important point that an insurer can be in administration only two years after having a rating, and may need the benefit of cover for many more years. In the writer’s experience, PII claims may run for 20 years after an insurer ceases writing new business. A rating therefore offers only limited comfort in the context of long-term risks.

There is an assumption in the consultation paper that two of the three unrated insurers currently insuring solicitors will have a rating by the time firms next renew cover (1 October 2014 or later for those who took out extended policies last time). That seems to be a risky assumption. They may change their minds, or they may not achieve the rating they hope to secure. Who knows which other insurers may leave the market? A high proportion of insurers since 2000 have only stayed in the market for two or three years.

While history suggests that some rated insurers are probably here for the long term, the departure of one particular rated insurer which was the salvation of many firms last time would result in significant further turmoil and extreme difficulty for many in obtaining cover.

There is therefore a material risk that the imposition of a rated requirement may put many firms’ futures in peril.

The Law Society of Ireland has a similar participating insurer scheme to the SRA’s. A practice note on its website, Financial rating of participating insurers, states that, ‘for reasons relating to EU competition law, it is not possible for the Society to require insurers have a minimum level of financial security, a minimum financial rating or indeed any financial rating at all for participation in the solicitors’ PII market’. The writer claims no expertise in EU competition law, but it is not even mentioned in the SRA consultation paper, so whether it has been considered is not apparent.

As an authorised regulator under the Legal Services Act 2007, bound as it is by sections 1 and 28 to support and promote the constitutional principle of the rule of law, it may not be open to the SRA simply to adopt a commercial view on whether it perceives it likely that there will be a judicial challenge to any ban.

So the imposition of a rating requirement is an attempt at a short-term solution to a long-term problem, which it will not in fact solve, laudable though its aims are. Attention should instead be given to what fuels the addiction, and whether we should review the scope of cover from the ground up. If firms do use unrated cover, that might be a risk factor in assessing their financial stability and risk, and the degree of supervision which they should receive.