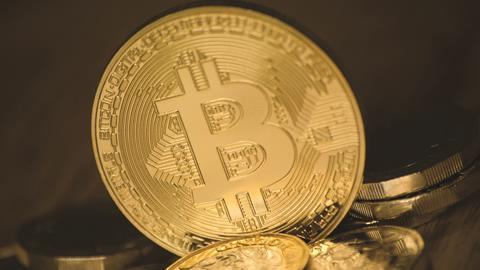 Of course ‘astronomical’ does a disservice to mathematics, because, unlike astronomy, mathematics goes on for ever. Scattered along this infinite linear universe – sometimes clustered, like distant galaxies – are prime numbers, the building blocks of all numbers. Ever since Euclid, we have known that the universe of primes goes on for ever.

We think, though famously cannot prove, that every even integer greater than 2 is the sum of two primes. But the interesting journey begins when we multiply primes. Here, like a space-probe leaving the solar system, we are on a one-way journey. The product of any two primes, a semiprime, is easy to work out – you learned the routine, or algorithm, in primary school and it will work even for primes with dozens of digits. But we cannot do it in reverse: the only way to discover the two (and only two) factors of a semiprime is by trial and error. Make the semiprime large enough and our fastest supercomputers cannot do it within a lifetime.

Similar tricks can also lock an entire message, or a chain of messages, so you know who sent them and that they have not been tampered with along the way. During the coding process, an alteration to the tiniest detail, such as changing a letter from lower to upper case, will scramble the encrypted ‘hash’ beyond recognition. And, unlike simple substitution codes, neither the length nor the frequency of letters in the message gives any clue as to what it contains. A hash might encode the entire text of Romeo and Juliet or just the word ‘woe’, there is no way of telling.

Now, if each message in a conversation thus encoded contains the encrypted hash of its predecessor, you know that the whole chain of communication is robust. Distribute each new link in the chain across a large enough network, a shared ledger, allow it to be updated only by messages containing the correct hashes of previous transactions, and nobbling it becomes a task beyond humanity’s combined computing power.

This is blockchain. You have probably heard of it as the technology which makes virtual or ‘crypto’ currencies possible by preventing anyone from  duplicating them, or spending the same one twice. The best known, bitcoin, is ‘mined’ by adding computing power to the blockchain; the ledger architecture makes it impossible to hack into an account and, for example, add a couple of zeroes to your balance. Hence a 256-bit string of digits can be worth £5,341 at time of going to press (though how much when what is an undoubted bubble bursts is another matter).

But the exciting thing about blockchain is that it can securely store many kinds of assets apart from cash – it has been called the ‘internet of value’ – and in a particularly secure way. Thanks to the underlying arithmetic of encryption, all parties to a transaction or a contract know the data within cannot be tampered with or repudiated. This opens the way to peer-to-peer secure property title transfers, self-executing ‘smart’ contracts and many other possibilities. All with big implications for the intermediaries who are currently paid to ensure security and non-repudiability, whether banks, public registries, notaries or trade mark agents.

At this point, blockchain enthusiasts start evangelising the end of governments, let alone lawyers. This is premature. But it is equally rash to dismiss blockchain as a fad. Especially when combined with the twin emerging technology of artificial intelligence (strictly speaking natural language machine-learning enabled by connection to vast amounts of data). At the very least blockchain will allow the spread of automation into transactions where we would normally pay for human verification. For professionals, the only certainty is that some jobs will go; the Law Society is predicting 67,000 within a generation. Pace the futurologists, but which jobs, and the extent to which they will be replaced by others, is a known unknown.

I would classify blockchain as a very good horse to bet on; the trouble is we do not yet know in which race.

Of course it could all go wrong. Certainly, some bubbles, including that of bitcoin, will burst, with inevitable casualties. We also need to bear in mind threats to the underlying infrastructure. Blockchain depends on vast interconnected networks of computing power, something we have taken for granted since the internet boom of the 1990s. That is vulnerable to threats including state controls, ranging from Chinese paranoia and US protectionism to European data protection legislation. A nuclear war would probably finish it, too, though in that case we might have worse to worry about.

What about the possibility of technical advances rendering the whole thing obsolete? Is an unknown Alan Turing at GCHQ or its Beijing equivalent – governments detest strong encryption – already on the verge of hacking the underlying mathematical security? Perhaps. But my guess is that  breakthroughs in computing power will merely shunt those seeking secure blockchains further out into the universe of infinity.

There are an awful lot of big numbers out there.

Michael Cross is news editor of the Gazette