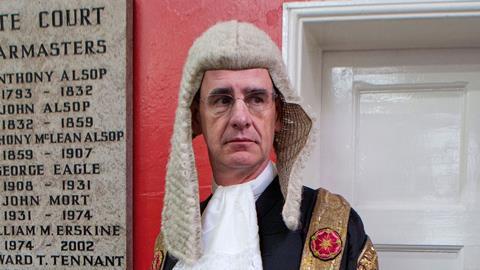 Key to the different areas of reform recommended by Lord Justice Briggs (pictured) in his final report of his review of the civil courts structure is the need for investment in technology.

His widely reported recommendations include a very substantial investment in the digitisation of many parts of the civil court functions including the development, establishment and launch of an online court for claims of £25,000 or less by 2020.

Further investment in the IT infrastructure of the civil courts is essential at all levels but particularly in the Rolls Building to enable it to continue to deliver a service to its customers that assists in maintaining London as a centre for international litigation. However, the investment in an online court is also essential if we are to maintain any semblance of access to justice for the majority of litigants with claims of £25,000 or less.

What was the question?

If you do not know how to spell ‘knowledge’ you cannot use a dictionary to find the word unless that dictionary enables you to look up words using a phonetic form. If it uses phonetics the options are multiplied but there is no certainty that the answer will be the right one.

Our common law system provides myriad alternative types of claim and defence. Many of those are based on judicial precedent or interpretation rather than being focused on pure legislative ‘rules’. This includes a multiplicity of difficult-to-define concepts, which are fact-sensitive. Often claims or defences are pursued on more than one basis.

In principle it ought to be possible to reduce each potential type of claim to a series of questions and answers but inevitably such a system is likely to produce false positives or negatives. It will necessarily be a blunt tool (no matter how complex or sophisticated) relying on participants to know how to answer the questions ‘correctly’ to get to the next stage.

The common law changes and adapts to its environment and society on an almost daily basis. The ongoing investment necessary to maintain an online court that reflects the common law will mean constant changes to the questions and answers and decision trees.

A single decision of the Supreme Court or legislative change might result in the need for a series of parallel decision trees around the date of the decision or the change in law to accommodate whether or not changes in law are retrospective entailing yet more questions and answers.

Despite significant developments in artificial intelligence and the growth of specialists in knowledge engineering, LJ Briggs recognises that his proposed stage 1 interactive triage system is a huge undertaking that will be particularly vulnerable both to poor procurement and underfunding, both in design and operation. Realistically the start date of 2020 must already be a soft target.

All of which leads to the question of whether it needs to be that hard or complex?

The online court will have its own bespoke rules and procedure. LJ Briggs recommends that it should be a new and wholly separate court.

It is only a short step beyond that to look at the online court from the other end.

History is not encouraging when it comes to long-term investment in IT projects. If the court is not maintained and kept up to date so that it accurately reflects the law on any given date, it is almost inevitable that over time it will diverge from the legal framework that applies to larger-value claims. It may eventually develop its own jurisprudence.

As we are starting with a blank sheet of paper creating an entirely new court with its own rules and procedures that is inquisitorial by nature rather than adversarial why not start from a different place?

An online court that has its own self-contained civil code with prescribed forms of claim that fit with prescribed questions and answers and boxes on forms is only a short step on from a separate online court and is probably easier and cheaper to design and maintain in the long term.

Of course there would be the costs of designing the prescribed forms of claim. However, it is already proposed that there is investment in knowledge engineering to create the online court based on the current common law system.

It is notable that the majority of online dispute resolution projects LJ Briggs looked at in preparing his report appear to have been focused on procedural processes/claims or been in civil code jurisdictions.

Is it better to accept that the world is not as we would wish it to be and that we are deluding ourselves in thinking that we are doing anything other than creating a two-tier system of justice where the dispute resolution mechanism for claims of £25,000 or less are treated differently.

In a world where there is already limited access to justice and the funding of state provision is finite, are we ready for the risk that the computer may just say ‘no’. Is this justice?