The road ahead for detailed assessment

The use of spreadsheet-based electronic bills in detailed assessment has been compulsory since April 2018. Initially, this reform has been of closer interest to costs lawyers than the legal profession at large. At least for late adopters of Excel, the transition has required a degree of upskilling not seen since word processing replaced the typewriter. 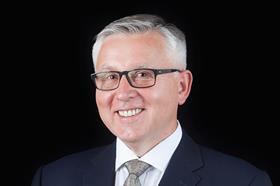 It has taken time for bills that include a significant amount of post-April 2018 work to reach the costs courts, but there has now been sufficient traffic to take reliable early soundings about progress and ease of adoption. The costs judges my firm has spoken to informally are now seeing the quick gains brought about by the format’s flexibility and the ease of filtering and auto-calculation.

To widen the horizon and look objectively at the road ahead, my firm commissioned independent legal journalist Joanne Harris to interview a range of costs experts from the judiciary, the bar and prominent costs lawyers, and to collate views on where further reform should be directed. The resulting white paper, Beyond the electronic bill, was published on 7 November.

Once time-recording practice has caught up with available technology, bill preparation will become easier and quicker. It stands to reason that the more law firms harmonise the way they record time with the way the courts require costs reports to be presented, the quicker it will be to prepare costs claims.

For those who only rarely become embroiled in disputes over litigation costs and regard more granular time recording as an avoidable faff, it may be that the process will be more costly, because an element of reconstruction is required. But the same could have been said in respect of the analogue approach if time-recording was over-generalised.

The new bill was never intended to be an end. The key topics that emerge in the white paper focus on developing best practice now that assessments will be informed by data that can be sliced and diced rapidly. In the right hands, there is an opportunity to express arguments more efficiently, hold better informed settlement negotiations, and when elements require to be fully litigated, reduce the time spent in court.

Time for a pre-assessment protocol

One suggestion that found favour with contributors is a requirement that receiving parties should serve a breakdown of costs as part of a pre-assessment protocol for costs – and to do so within weeks, not months.

A common bugbear with the current rules is the softness of the deadline for service of the bill. For parties that default, the worse that can happen, absent an unless order, is the suspension of interest for the period of the delay. Momentum behind costs assessment is often too slow to establish and it fails to pick up quickly enough.

Just as it focuses paying parties on the inevitable when they are required to make an early payment on account of costs, so it does when the quantification of costs is presented, albeit at a high level, at the earliest opportunity.

Fiddly costs orders requiring some costs be stripped out might justify the amounts presented to be caveated – but that should not mean that the overall figures should be held back or only supplied without prejudice.

In larger cases (perhaps £1m+), a compulsory period of alternative dispute resolution based on schedules of costs could be introduced. Some work would be needed to specify the level of detail in the schedule and the amount of supporting documentation supplied. Time is often wasted when parties attempt this approach informally, and it can become counter-productive to have extensive haggling over the amount of information made available short of a full bill but sufficiently informative to take a view.

Changing how assessment is conducted

Under the current rules, the first that the costs court hears about a detailed assessment is when it is set down for hearing, which occurs only after the bill has been served and points of dispute and replies have been exchanged, often many months after the costs order has been made.

A new costs practice direction, at least for larger matters, could require parties to agree or apply for directions to identify key issues and distil types of work that could be sampled to shorten the detailed assessment hearing, even before a bill is prepared.

It might be, for example in a budgeted case, that an assessment is confined to those phases for which good reason to depart from budget is sought. In which case why prepare a full bill for the whole case?

In the largest cases it is unrealistic to even attempt a ‘line-by-line’ assessment. The report canvasses the option of sampling to put flesh on, and develop best practice for, an approach that often happens informally in any event.

Other initiatives canvassed in the report include ways in which costs judges might expand their palette by borrowing and adapting some methods deployed in the ADR context.

An optional adjudication process might be introduced, perhaps including early neutral evaluation (a suggestion made by Master Gordon-Saker, the senior costs judge).

The format of points of dispute and replies might be altered to look more like a mediation position statement to help the parties focus on the aspects that impact most on the result, rather than become tangled in the weeds.

Certainly the specialist costs judges in the Senior Courts Costs Office are not prescriptive in these early days of electronic working as to how parties should present their case. The central message coming back from them is to invite costs specialists to innovate and encourage greater procedural efficiency.